By Ko Po Hui June 11, 2008
Look what I found during the tidying of my stuff over the weekend? 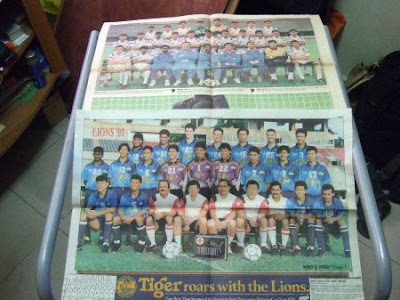 Two Malaysia Cup-era posters of the Singapore team (it's not right to call them the NATIONAL team when they playing in a domestic competition of another sovereign state)!!

Good thing that I didn't dump them away, but honestly speaking I have totally forgotten their existence till the tidy up!! 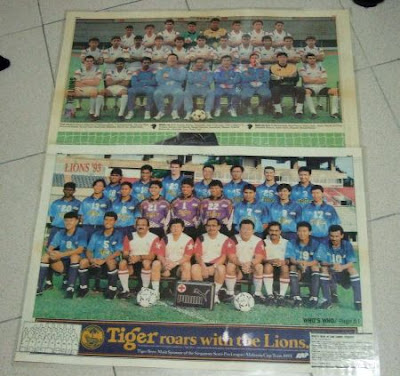 So wasting no effort, I had these two valuable posters laminated and next on the plan - is to trace down each individual and ask them to sign on these poster :)

So guys, watch out for me, with these posters and a marker, in coming weeks :P