It's not just about S.League..(having Beach Fun at downtown) 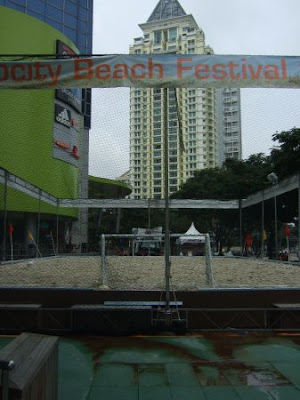 .. that this blog been covering, rather I would welcome any opportunity to take a peek on other forms of the game being played in Singapore, after all, this is blog is a "simple view on Singapore Soccer".

Being told visually that was this "Velocity Beach Festival" being held at Novena's Velocity and one of the events feature was the "3-on-3 Beach Soccer Competition".

So after the mandatory market session, I headed down to the mall that prided itself as "Singapore’s dedicated sports mall". 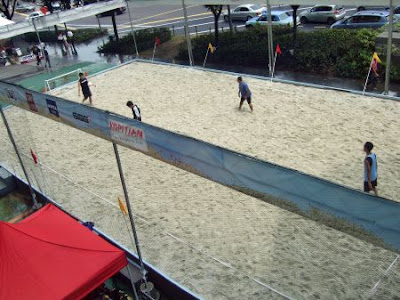 Everything looked disorganized when I first arrived at scene, saw some guys having a kick-about in the sand pit. (only to realize they were just getting ready :P) 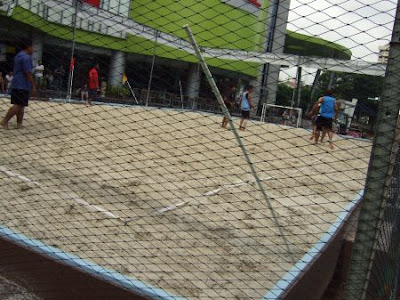 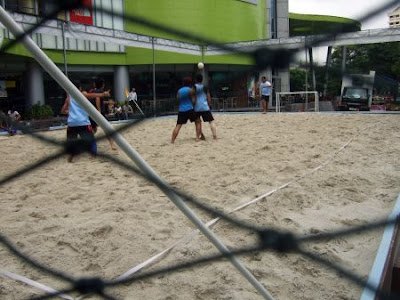 A few close-up shots from the sideline. 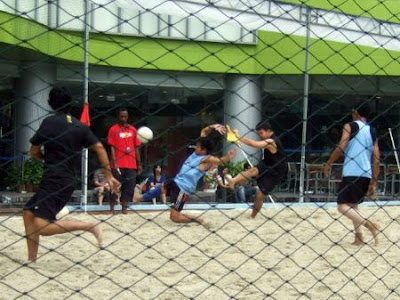 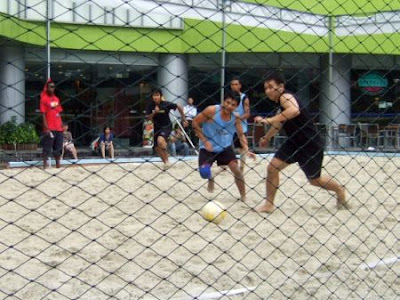 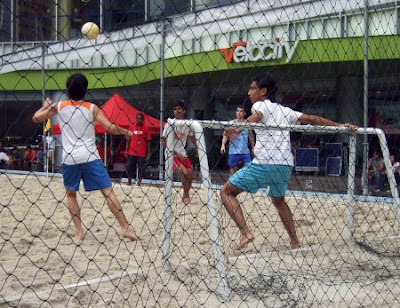 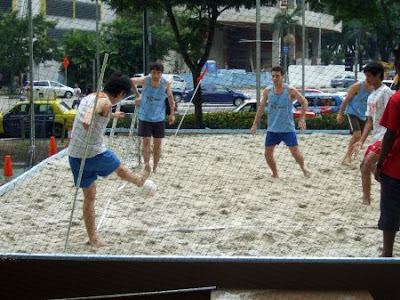 Some action-packed photos from the sideline.

AFTERTHOUGHTS
Not a bad idea to catch some beach football action in a downtown area, eh?

One thing I do realized is playing the beach version of the game require one's leg muscles to be strong and well-conditioned to take all sorts of strains and knocks that are common during the game.

It's more of short, precise passing of the ball (not forgetting to mention the "flick" as well), one's holding and shielding of the possession are also crucial in the game and which is why I don't think playing long passes and pile-driver are essential for this version, unless this guy is a deadly accurate.

(Last but not least, I recalled I read somewhere that back in the 70's, a day or two prior to a crucial game, the national team went for a jog along the beach and in the end, result was disastrous as the Lions lost that game and seemed to point the finger at the "beach run" - which is why till this day, we don't seems to hear the boys doing their running on the beach. :P)
logged down by Ko Po Hui at 17:37:00

Email ThisBlogThis!Share to TwitterShare to FacebookShare to Pinterest
Classifed as: events, trip