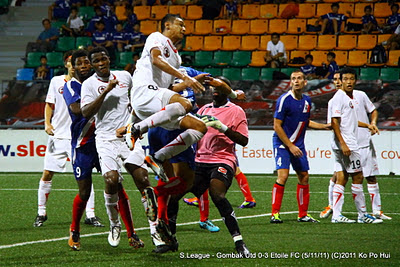 The last match before another adjournment saw Etoile FC beat Gombak Utd 3-0 at the JBS.

Two quick early goals set the precedence with some leakage on the flank allowed the goals from Kamel Chaaouane in the 4th minute and Jonathan Toto in the 5th.

Toto added on another on the 51st to seal all three points for the Stars who are aiming to finish third on the ladder... 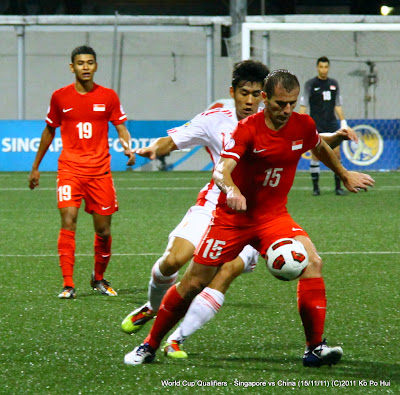 What could more heart-pain than see your team being thrashed convincingly by a better team on home ground when it always have a feel of being "away"?
A decent first half performance was punctured by a "slip-in" goal at the closing stages of the first half to deflate the team morale and the worst thing I can never imaging is to see a Singapore player being jeered whenever he touched the ball. 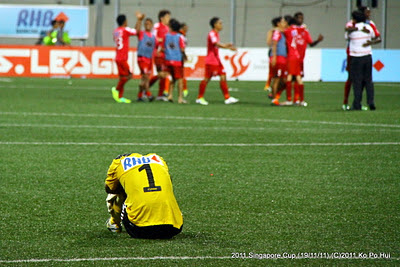 A Cup Final is never a dull moment and always a tense affair for both teams.

Albirex Niigata (Singapore) may have the experience of going through that when they defeated Hougang United to win the League Cup earlier.

Unfortunately being the more determined side Home United persevered and triumphed 1-0 over the White Swans to clinch their fifth Singapore Cup in the club history. 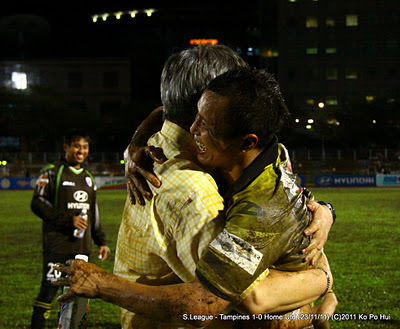 To describe the field as "Wet and Muddy" was an understatement for the condition of the field for this "epic" match.

A gem from Ahmad Latiff was enough to dislodge the Protectors from the top of the ladder to force the title down to the wire in front of crowd of approximately 2.800.

It was a pleasant sight to see a match as such well-attended. 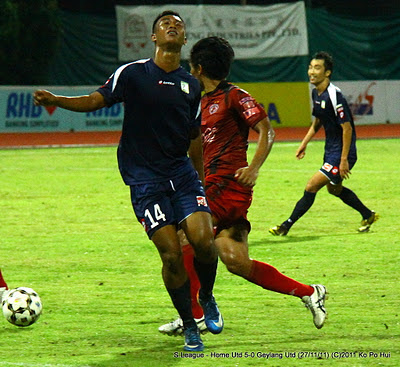 This must be the bitterest victory for winning handsomely against your opponents and only to realize you didn't get the biggest prize offered.

Protectors Coach Paul Lee stop-short to access whether it had been a successful season for him, as he would rather let the rest to judge him instead of doing his own assessment.

The game also marked the exit of Lions like Isa Halim and Juma'at Jantan who will be joining the M-League bound "Singapore Lions" squad next year.

PLEASE CLICK HERE TO SEE REST OF THE MATCH PICTURES
logged down by Ko Po Hui at 23:59:00