(P.S: The copyright of all the images depicted in this blog entry belong to Nike, unless stated)

INTRODUCTION
Following in the footsteps of Indra Sahdan and Hariss Harun, the next National Team football player to lace up the Nike (RED) ambassador boots is midfielder John Wilkinson.

His last three seasons with Singapore Armed Forces FC have been hugely successful, with league title wins in all of them. We recently did an interview with John where he shares his thoughts on the (RED) campaign, settling down in Singapore with a family and his love for the game.

Nike (RED) Campaign
Hi John, thanks for being here with us today. To start off, how do you feel about being a Nike (RED) campaign ambassador?
"I feel honoured to be part of the Nike (RED) campaign, and hope to bring a greater understanding of HIV/ AIDS to Singapore, especially the youth here." 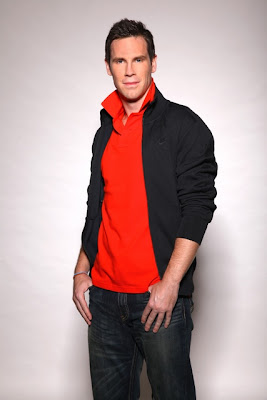 "Wilko" is the third national footballer named as the ambassador for the Nike (Red) Campaign
How can football help in spreading the message?
"Football is a global game – being played, watched, and talked about in almost every country – the perfect vehicle to promote this campaign."

How does it feel wearing the (RED) laces? Will you be wearing them for the current S-League season?
"I feel a strong sense of responsibility being one of the Nike (RED) ambassadors, having worn the red laces for a while now. I think they look cool and will definitely be wearing them as often as I can, and not just for the S-league games." 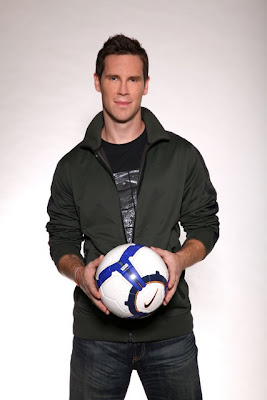 John started his S.League career with Woodlands Wellington and played for Geylang United before joining SAFFC.

Personal Life
How did you first get into the game?
"Like most of the boys growing up in England, I was thrown a football as soon as I could walk and haven't stopping kicking it nearly thirty years on.

Growing up, there was never any doubt in my mind what I wanted do, and everything else had to take a back seat."

What made you decide to do this as a career, and what challenges have you faced along the way?
"Wanting to be a professional player and being one are two different things. There are literally thousands of lads to compete with, so if you get a serious injury (which was what happened to me) there is always someone to take your place. At the end of the day, mental strength is the most important asset to an athlete." 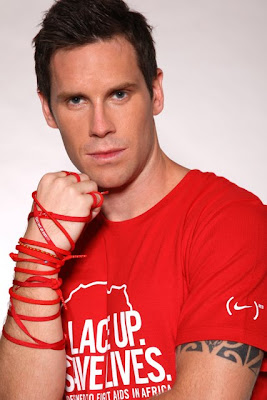 John earned his first cap for the country on 24th June 2007 against North Korea
How do you feel you’ve contributed to football here?
"It's been a successful three years in the national team and I've really enjoyed playing in the big games. I would like to think that I've added strength, flexibility and energy into the side."

What is the best and worst thing about being a professional football player?
"Worst thing – Crappy pitches.

Best thing – I have the best job in the world."

What have you grown to love about Singapore and what do you miss about England?
"Singapore's my home now. I have chosen to build my base and family here. But I have also left behind my mother and sisters in England, and missed the growing up of my seven nieces and nephews." 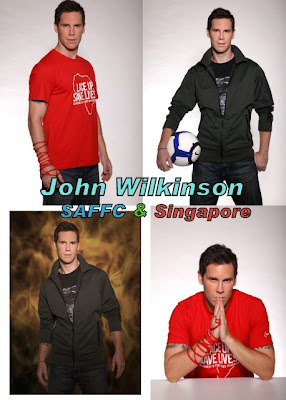 What do you do during your free time?
"When I'm not with my daughters, I like to paint. It's a form of escapism for me, and allows me to express my creativity."

So what’s the secret to keeping yourself fit enough to last the long season?
"Everyone's physique is different. One thing I've learned recently about my body is that I feel much lighter and fresher if I always keep it in a state of activity.

I try to never have two days of complete rest in a row. Even if it’s a day off, I will do something to get my heart rate up – be it tennis, swimming, Pilates, or even just chasing my elder daughter around." 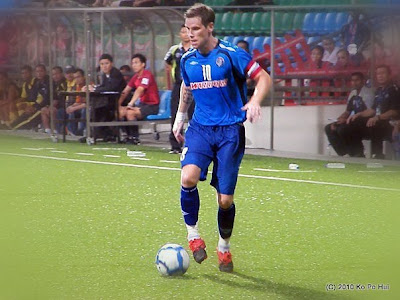 John, with his boots laced with Nike (Red) laces, in action
Name some essential items you have in your training bag.
"I always have a pair of Nike Cushioned Comfort Crew Socks to keep the blisters at bay, and a pair of Nike Base layer shorts to wear under my match/training shorts. They help keep me in order. There are also other items such as a pair of shades and toiletries."

With the World Cup coming, who would you like to see in the finals and why?
"I can't wait until the World Cup is upon us. It's going to be amazing to see if England will lift the World Cup again after so long."

London, UK (March 9, 2010) Three leading European football leagues will turn (RED)™ this weekend as Nike introduces a special edition (PRODUCT)RED™ ball in the leagues’ home fixtures to raise awareness of the (NIKE) RED ‘Lace Up. Save Lives’ partnership.
In a unified show of support for the global initiative, Barclays Premier League, Spain’s La Liga and Italy’s Serie A will use a (NIKE)RED ball at all home games over the weekend of March 13th and 14th.

The Nike and (RED) partnership invites people to ‘Lace Up. Save Lives’ by purchasing a pair of (NIKE)RED laces. One hundred percent of the profits from (NIKE)RED laces is split equally between The Global Fund to Fight AIDS, Tuberculosis and Malaria, which funds AIDS programs that provide medicine, treatment and services for those living with HIV, and football-based community initiatives that deliver education and understanding around HIV/AIDS prevention.

The (NIKE)RED ball is a specially designed T90 Ascente – the same make of ball currently used by all three leagues and boasts all of the technological innovations that the players are accustomed to week in week out, but features the (RED) laces graphic on the exterior.

Richard Scudamore, Chief Executive of the Premier League, said: “The Premier League has enormous global appeal and we are committed to using our reach to raise awareness of this partnership between, Nike, one of our longest serving commercial partners, and (RED). A red ball and red laces are simple ideas, but sometimes those are the best – the hope is that the profile given through this and the money raised through ‘Lace Up, Save Lives’ will provide significant impetus and funding to the Global Fund’s activities to aid the prevention of HIV/AIDS in Africa.”

Susan Smith Ellis, CEO of (RED) says: “Having three of the world’s Premier football leagues is a force multiplier for NIKE AND (RED). It raises awareness. It expands our reach. Most important, it benefits those who suffer from AIDS in Africa. We could not be more pleased.”

“Nike has a history of elevating global causes through sport. Through the power and appeal of football, this campaign not only highlights the HIV/AIDS issue globally, it has also created a great way to raise much needed funds,” said Mark Parker, President & CEO of NIKE, Inc.

Related Links on this blog:

Email ThisBlogThis!Share to TwitterShare to FacebookShare to Pinterest
Classifed as: interview, Public education