Q & A with Zaeri Zolkefri, the creator of the Brunei DPMM FC's facebook group 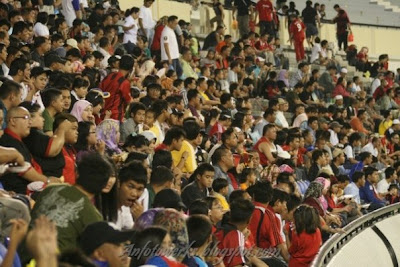 1. Please tell us a bit of yourself and do you have any link or role with DPMM FC?
=> Hi Po Hui , Thanks for interviewing on bolasepako. First of all my name is Zaeri Zolkefri and I am 24 years old. Environmental advisor by education who has the passion for football. With regards to link with Brunei DPMM FC, I am just their facebook creator and I do not have specific link to the club. The facebook group is also control by the management of the club and it is the official facebook page for the club.

3. How active is this Facebook group and do u foresee it becoming part of the official fans' club (if any)?
=> The Facebook page is very active, I myself with Rahman Tamit, the Public relation officer of the club regularly update the page as any news come in about the club. This Facebook page is where the fans get the information about schedule, ticketing, fan wears and other news related to the club. In terms of becoming part of official fans club, it was one of the objectives when I opened up this group but however it’s up to the management people to deal with it as I do not have the authority to do so.

4. Do you, as the creator of this group, organize any activity like meeting up with fellow DPMM's fans for home matches or travel to Singapore for their away games?
=>No, I as the creator do not organise any activity such as meeting up with fellow club member nor watching away games. It’s the management of the club who arrange travelling overseas watching away games and other activities such as meeting the fans that was held 2 weeks ago.

5. How popular is DPMM in Brunei, as popular as foreign clubs such as Manchester United or Real Madrid in this part of the world?
=> Brunei DPMM FC can be very popular even since the club joined the Malaysia league. It has an excellent fan base in Brunei in which it is fully supported of the club. To answer your question, it is very popular but in my opinion it is not as popular as EPL clubs such as Manchester united and Liverpool. 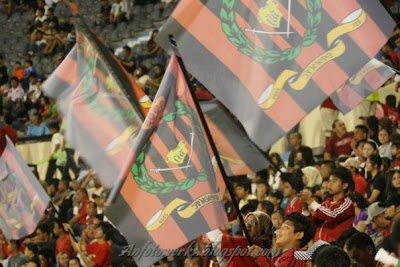 7. DPMM played in the Malaysian League before joining the S.League this season, in a fan's opinion, what are the main differences in terms of level of play, organization of the league structure?
=> M league and S league is a different ball game altogether. First of all, in my opinion S-league is much better in terms or the organisation of the league and structure. This is because the Malaysia league can be very biased to an overseas club. Brunei DPMM FC was third in the table during the 2007 super league but they were not given the prize money because it is a foreign club. Other reasons include the change of rules with regards to import players. The Malaysian league keep on changing the league at the very last minute and sometimes it can cause problems to the preparation of a club during the pre-season. In terms of play, in my opinion it quite similar in a way as it is Asian football but s league is much more lively and entertaining.

8. What was the Bruneian fans reaction when it was announced that DPMM's participation in the S.League?
=>Thrill, excited and big challenge is the words I can used to describe the fans reaction due to the participation of the club in s-league because Bruneian knows how tough, professional and entertaining the league is.

9. I seen extensive media coverage (eg: live telecast on Bruneian television and live radio commentary) on DPMM's games here in Singapore, are these matches keenly-followed by the fans back in Brunei?
=> Yes the matches are very keenly followed by the fans in Brunei especially when there is a live telecast of the match from Jalan Besar stadium. It is also keenly followed during the live radio telecast as well.

10. I would like to confirm if Brunei have its own domestic league (as I was told there isn't which is why Brunei and its representatives decided to take part in the Malaysian League in the past and currently S.League)?
=> Yes Brunei has its own Brunei national league or Brunei Premier league. Brunei DPPM FC participation in the league elsewhere, in my opinion is due to the fact that the club itself is too strong for the Brunei league and also the club itself wanted to strengthen itself by playing in other league to give them the competitive edge and reaching the standard in Asia. 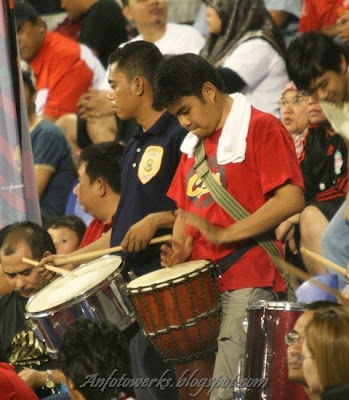 11. Referring to the question above, if yes, please tell us more about this league in terms of structure and number of teams in this league, if no, would you like to see a domestic professional league in Brunei in the near future?
=> There is a new league coming up starting next week and it the Brunei National league. The league is divided into 2 divisions that is division 1 and 2. The first division is considered the first tier of football league in Brunei and the 2nd division league in Brunei. Each league consists of 10 teams. Usually the last team from division 1 get relegated and the first team in division 2 get promoted. The league will kick off on the 23th may for the charity shield match between QAF FC and MS ABDB.

12. It's a fact that DPMM are subsidizing part of expenses incurred by visiting teams to play in Bandar Seri Begawan, in a fan's opinion, do you think this arrangement is fair and sustainable in long run?
=>In a fan opinion, it is not fair and sustainable in the long run because in my opinion the money can be used elsewhere such as setting up a second team or building up an academy club/ training school so that they will continue to have excellent players coming in for the future. It might be okay for this season and next season however, from my opinion the funds can be used so that the club will be sustainable in the long run.

13. Do you think DPMM's participation in the S.League will help to improve the standard of Bruneian football?
=> Yes and No. Yes it can improve the standard of football in Brunei as the fans and other club in Bruneian learn more about football from the S – League by just watching and learning from it. It can also help to create the buzz of playing football again with in time will improve standards. The governing body in Brunei can also learn how to start building up a professional league in Brunei from Singapore and hence improving standard. No is when nothing is done in Brunei from the governing body such as not learning anything from the experience of joining s league and etc. In my opinion, once a team or a club joined a league from a different country, they should learn from the experience and used that experience for the standards of football back home. 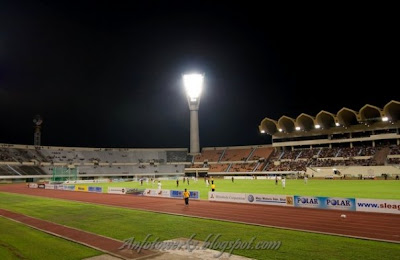 14. Are you surprise with what the team achieved so far and what do you think could be the factors behind this success at this stage?

Yes I am very surprised and all the fans are very surprised as well. To remain unbeaten after 10 matches can be consider excellent for a rookie club. One of the main factors of behind is the passion of the fans in supporting the club. To be able to play in big crowds ranging from 7 k – 10 k is an outstanding. The fans became the 12th man on the pitch and with them roaring for 90 minutes, the team has done excellent so far on home matches. Other factors that I can say is invested capital in the team with a lot of sponsor coming up to sponsor the club which excellent. Other factors include the brilliant management team i.e. background staff, outstanding and professional players that have shine during the league and lastly not to forget, Mr Simunic himself.

(P.S: Many Thanks to Mr Zaeri Zolkefri for his time to have this Q&A session and the use of some of the photos from the DPMM FC's facebook group.)

Email ThisBlogThis!Share to TwitterShare to FacebookShare to Pinterest
Classifed as: foreign teams, interview