Made it to the final last two of the teams' pre-season press conference held at the NFA conference room at the Jalan Besar Stadium.

PICTURES FROM THE PRESS CONFERENCE 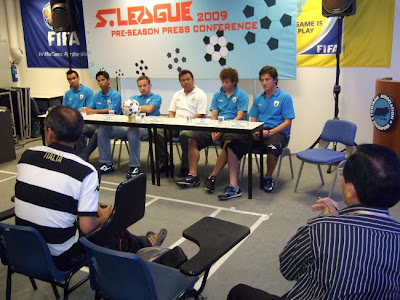 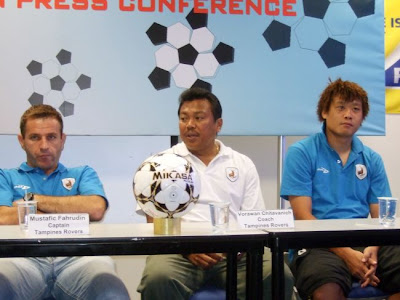 "We try, we try to win the championship" pledged coach Vorawan Chitavanich (middle), with skipper Fahrudin Mustafic on his right and Qiu Li on his left. 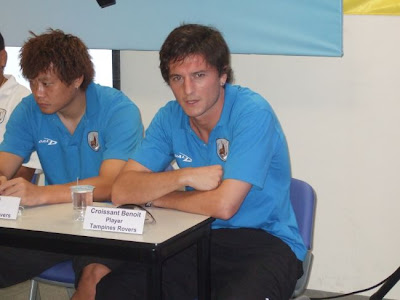 The new Stags French signing Croissant Benoit (above) gave some insights on his background, journeyman Benoit started his professional career in France that later saw him earned his living in England with Sheffield United (2001), Holland, Bahrain etc.

And through former Singapore national player R Sasikumar, the Frenchman came to know the S.League and praised the "level of play is high". 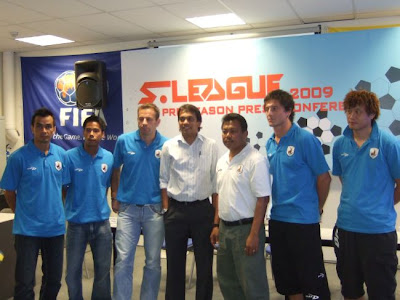 The Stags contingent was later joined by new assistant coach Rafi Ali (fourth from left) for the photo session. 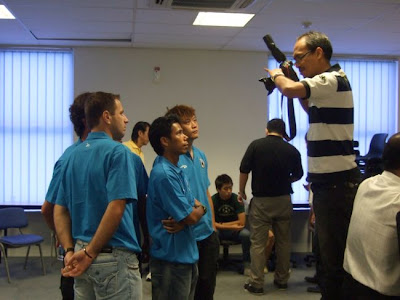 "Okay, guys look up and s-m-i-l-e" said the photographer.

Following the end of Stags' press conference, the Korean-based Super Reds were the last team to have their pre-season introductory session. 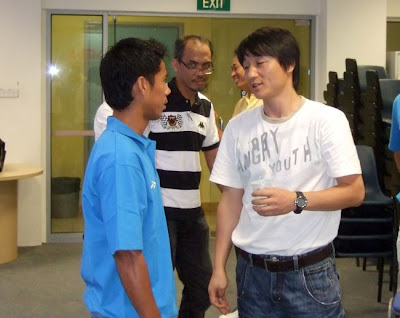 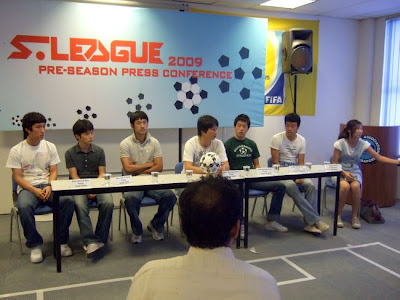 Super Reds went through a major overhaul in their team with only seven players retained from last year's squad. 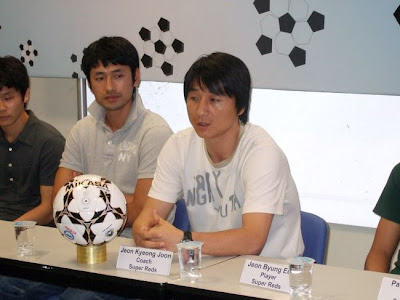 Despite that coach Jeon is confident that this newly-assembled squad of less than two weeks can match the feat of their predecessors that clinched the runners-up spot last season. 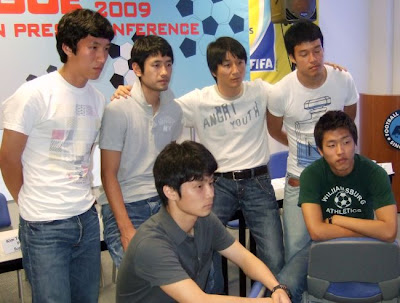 The Super Reds' photo shot before they rushed off to Hougang for their friendly fixture against Sengkang Punggol. 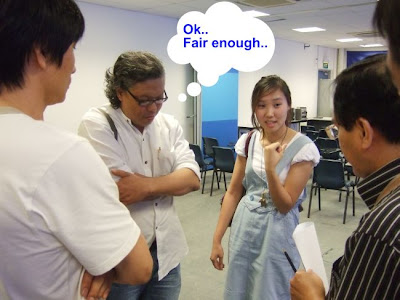 When asked why the major reshuffle of good squad they had last year, Coach Jeon replied it's nothing to do with the on-going economic downturn but some of the last season's players having problem in acclimatise themselves here in Singapore.
logged down by Ko Po Hui at 21:47:00