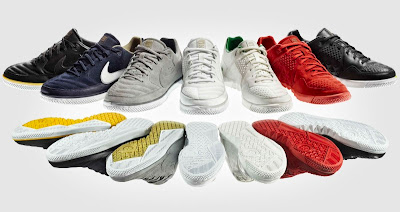 For the launch of the its collection of Nike5 range of futsal collection in last October. Nike had further improvised the features of these shoes, after having identified regional nuances of small-sided football throughout the world and rolled out what it is claimed to be its most versatile small-sided shoe - Nike5 Gato Street.

In a release issued to the media, Nike explains that “Football in any form is about space. It was because of space – or rather a lack of it – that players had to take the full-size game and shrink it down to smaller teams and smaller versions of the game.” 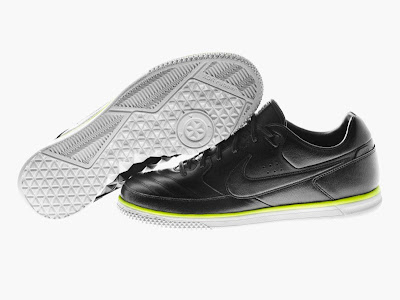 “Smaller-sided football is all about the player; the player who leaves work, heads for the pitch and who, for the duration of their game is free to express skills, express flair and to express a passion for a sport they love.”

Furthermore, one of the distinctive features these shoes offers is the vibrancy in its design that allows one to wear them from the courts to the streets, hence giving players the fullest satisfaction during a kickabout and also fit in well when on the go. 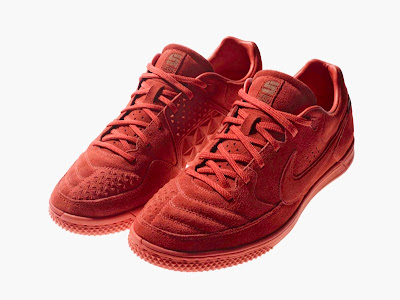 “Its bold colours and premium material give those who wear a fresh look that one can rock all day, while the innovative technologies make it possible to play any time.” added Nike on the concept of having Gato Street as a feasible choice for not just players, but also streetwalking fashionista.
logged down by Ko Po Hui at 14:10:00

Email ThisBlogThis!Share to TwitterShare to FacebookShare to Pinterest
Classifed as: feature, futsal