Paul C as a model of some streetwear products? 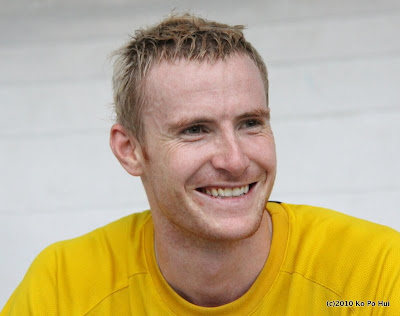 Balestier Khalsa apparently made it a priority to hold on to their key man - Paul Cunningham (pictured above) this season.
I think this topic has been discussed for a while yet, up to this stage we only seen a handful of S.League players being used by corporate entities to endorse their products or services. 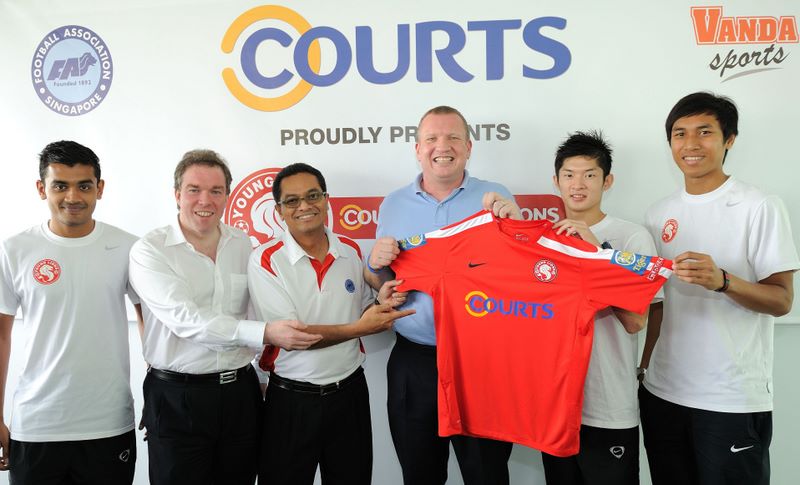 (Picture courtesy of Vanda Sports Group )
With the ground-breaking deal between Courts and Young Lions (pictured above) had ushered in the partnership between the league and their corporate partners to a new level, so should we be start looking for similar opportunities to get these corporate big wigs to utilize what we have in the league - the players to take up some endorsement offers to supplement their income and more importantly to raise their own and the league profile to largely ignorant masses? 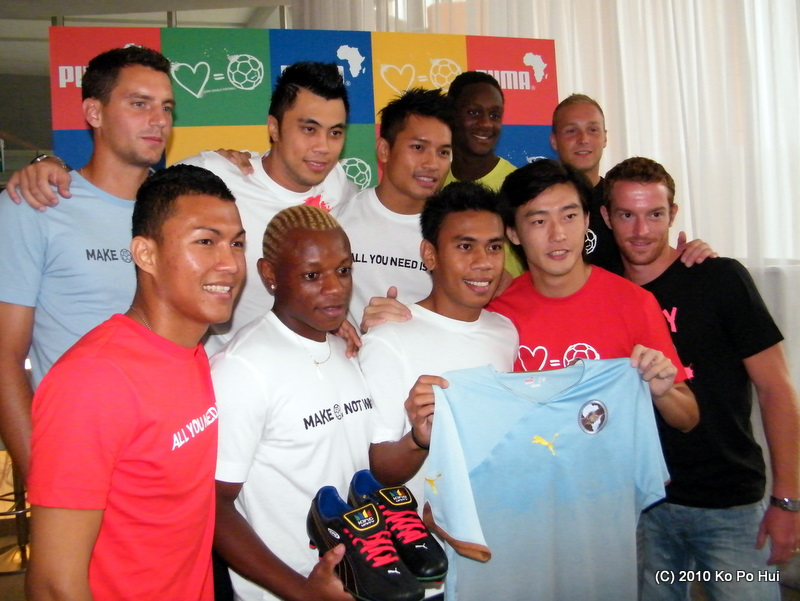 Just like what Puma did last year when they signed 10 S.League players from clubs to front their "LOVE=FOOTBALL" campaign during the World Cup period.

So think about it of getting endorsement deals at this juncture should be a beneficiary to all stakeholders, right?

One such potential candidate - please scroll up and take a look at him again...
logged down by Ko Po Hui at 14:59:00