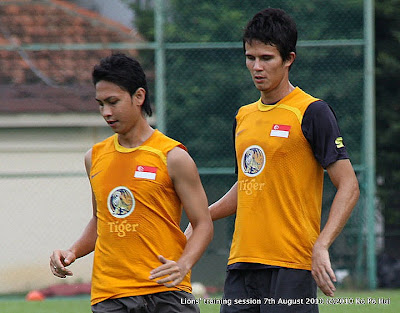 The international careers of two Indonesia-based Singapore players Baihakki Khaizan (filed pictured above right) and Shahril Ishak (pictured above left) slipped into uncertainty following a statement issued by the Football Association of Singapore (FAS) moments ago. 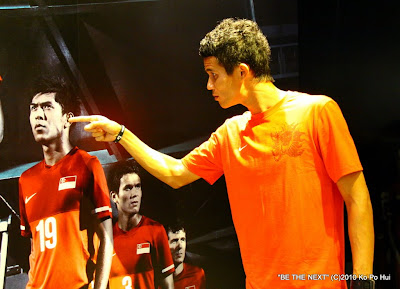 In the statement, FAS president Mr Zainudin Nordin stated that while he “recognizes that professional footballers have a short career span, coupled with the risk of suffering sudden career-ending injuries. Hence, when the opportunity for more rewarding engagements arises, footballers have to consider them seriously, for their own and their families' well-being.” 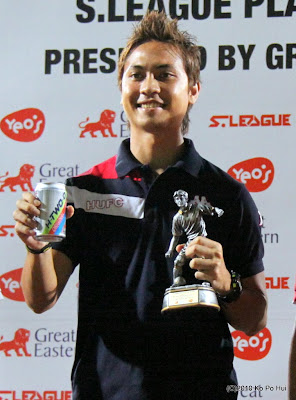 However, granted the status of the Indonesian Premier League (LPI) being a non-sanctioned tournament by the Indonesian FA (PSSI), hence, therefore not in-line with the existing FIFA policy, Mr Zainuddin had not ruled out the possibility of having the duo barred from the national team in the near future.

“Depending on Fifa’s ruling on the issue, Shahril and Baihakki may find themselves disqualified from playing for Singapore and possibly Fifa-sanctioned Leagues for a significant period of time” said the FAS president in the release made known to the media this afternoon.

Both players signed for LPI's Medan Chiefs after being released by ISL club Persib Bandung in mid February. 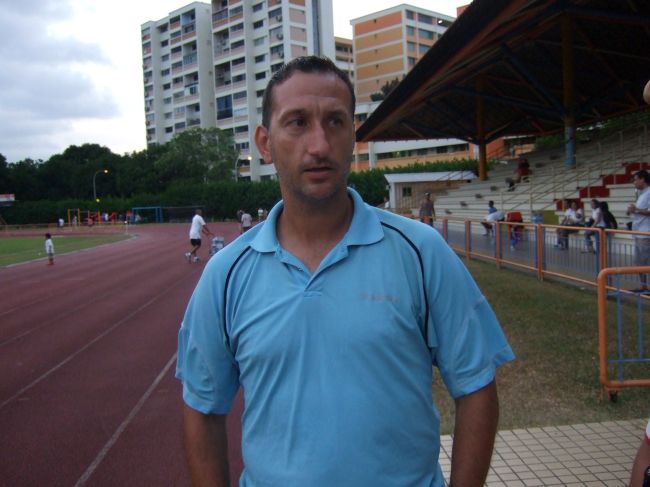 Despite the risk of having their necessary permits being revoked by the Indonesian authorities for taking part in the non-PSSI sanctioned league, the coach of Medan Chiefs Jorg Steinebrunner (file pictured above) earlier claimed “no action are taken against them, despite the media reports” when inquired earlier by this blog.
logged down by Ko Po Hui at 14:33:00