(The content of this entry are provided by SPRG and Fulford PR, the PR agencies for Courts[Singapore] and Vanda Sports Group respectively)

(P.S: The copyright of the images depicted in this blog entry belong to Vanda Sports Group.) 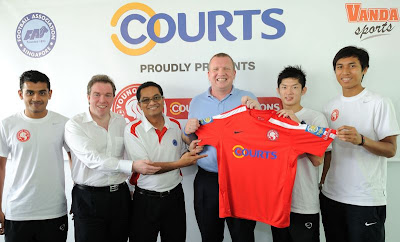 (Pictured above) Members of the Courts Young Lions with their new jersey. From left to right – Faritz Hameed; Terry O’Connor, Chief Executive Officer, Courts; Zainudin Nordin, President of Football Association of Singapore and Mayor for Central Singapore District; Ian Mullane, Chief Executive Officer, Vanda Sports Group; Eugene Luo and Afiq Yunos
Singapore, 27 January 2011 – In what can only be described as a major development in Singapore football, regional retailing giant Courts announced today that it has signed on to become the official title sponsor of Young Lions Football Club, a team currently featuring in the S.League.

With immediate effect, the team will be known as the Courts Young Lions. The landmark sponsorship deal signifies a major shot in the arm for the S.League and at the same time, a major change in the face of investment in local football.

Courts, Singapore’s largest electrical, IT and furniture retailer, will commit S$1 million in cash and activation over a period of two years.

Under the deal, Courts will acquire naming rights to the team. In addition, its logo will be emblazoned across the front of the team jerseys and throughout Jalan Besar Stadium on match days for the next two years.

Courts Young Lions are an under-23 side comprising mostly national players and is the world’s only age-restricted football team competing in a professional league.

With Jalan Besar Stadium as its home ground, the team was set up in 2003 by the Football Association of Singapore (FAS) to expose young players to top-level competition and to help prepare the team for international tournaments. 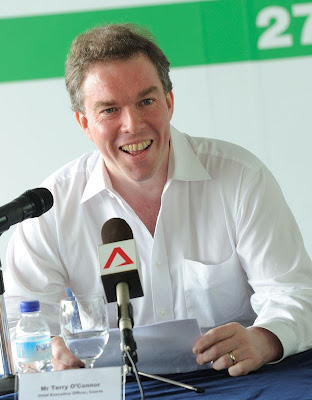 Describing the deal as one that is aligned with Courts’ history of supporting football, Terry O’Connor (pictured above), Chief Executive Officer, Courts, said, “Our partnership with the Courts Young Lions is truly unprecedented in local football. The deal represents forward thinking on the part of the S.League, and that is aligned with our own philosophy of innovation at Courts.

"Being highly passionate about football ourselves, we are committed towards using our resources, networks and expertise to add value to the team and the S.League. This partnership shows that brands and the league can work hand-in-hand to create a win-win situation. We hope that this will give other potential sponsors the impetus to show their support for the local sports scene as well.”

Courts’ involvement with the Courts Young Lions is the culmination of its sustained support of football in Singapore.

Over the last 10 years, Courts has continually engaged the local football loving community through initiatives such as its title sponsorship of Manchester United’s Asia Tour in 2001 and a two-year partnership with Liverpool FC which involved amongst other activities, bringing Liverpool players to Singapore and sending fans to Anfield to catch Liverpool matches from 2008-2009.

Courts will work closely with Vanda Sports Group (VSG) to ensure that the support goes beyond monetary benefits for the Courts Young Lions. The main objective is to produce a sustainable fan base and to generate attendance at matches by creating an unrivalled match day experience. Activities are also being planned to engage the community at a deeper level and to promote youth development in local football. 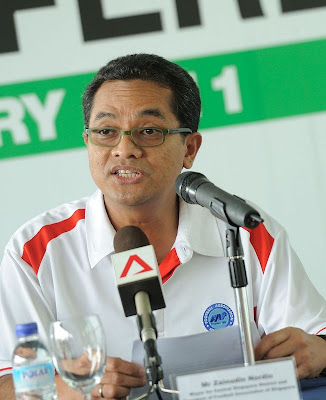 Zainudin Nordin (pictured above), President of FAS, said, “The FAS is delighted that Courts will support local football and the S.League through the inception of Courts Young Lions with this significant sponsorship deal over the next two years. The S.League needs as much support as possible from Singapore’s private sector to continue development and will ultimately benefit from more corporate involvement.”

Ian Mullane (pictured below), Chief Executive Officer, VSG, added, “Appointing a committed and dynamic sponsor for our club was a priority for us and represents a major milestone for Project Tribe. Courts will offer tremendous value as the driver for Courts Young Lions and we are pleased to have them on board. 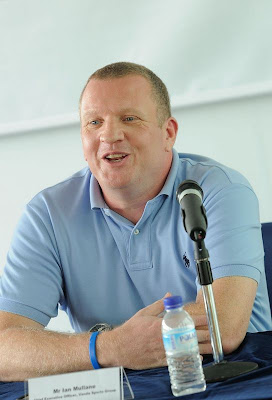 "We also want football fans in Singapore to know that watching the Courts Young Lions at Jalan Besar Stadium will be a wonderful experience. We are committed to building a community, encouraging fan club membership, keeping fans up to date with all the latest news and engaging with them on various fronts.”

The Courts Young Lions will make their first appearance of the season against eight-time champions Singapore Armed Forces FC on 12 February at 5pm. The match timing has been brought forward from the usual 7.30pm kick-off time for the first time with the intent of attracting more fans to watch the games on weekends. All of the Courts Young Lions’ six Saturday home fixtures will be played at that time this season.