SHORT SCRIBE OF THE GAME
The initial fear of the weather and the artificial surface were proved unfounded, as VPL side South Melbourne crossed their first hurdle of their Singapore Cup debut by beating Gombak United 2-1 at the Jalan Besar Stadium.

Being the more composed of the two, the semi-professional outfit from the state of Victoria impressed the crowd with some neat tidy football over the largely ineffective one-dimensional game dished out by the Bulls.

PICTURES FROM THE GAME 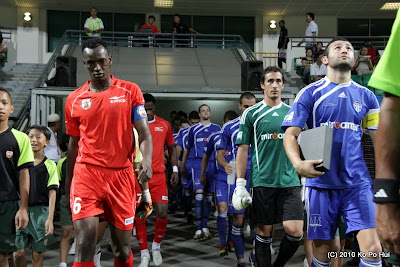 (Pictured above) Gombak was skippered by former international Bah Mamadou (left, number 6), as Jaslee Hatta was suspended for this tie due to suspension carried over from last year, while his counterpart RamazanTavsancioglu looks at the sky wondering if the weather would be cooler. 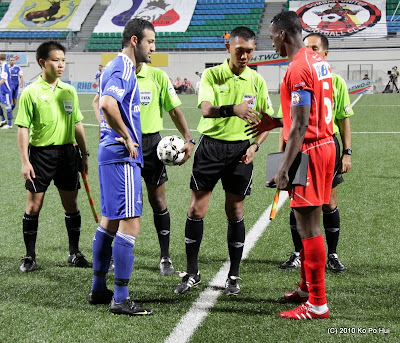 Abdul Malik was the referee of the match conducting the coin-toss. 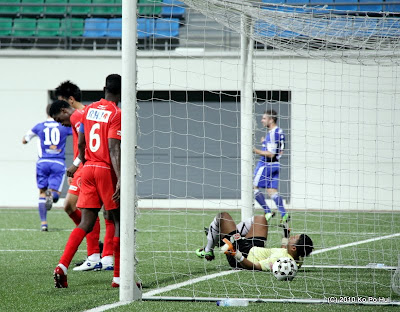 Horror struck the Bulls as a defensive lapse in the 12th minute allowed the Melburnians to take the lead through midfielder Daniel Vasilevski. 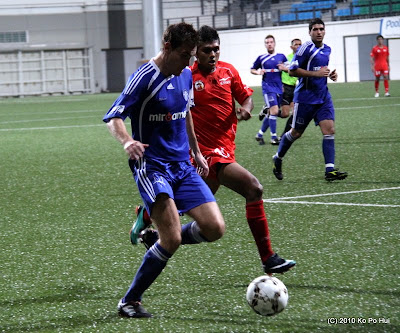 Striker Fazrul Nawaz helping in the defence as he tried to cover the angle before another potential danger takes place. 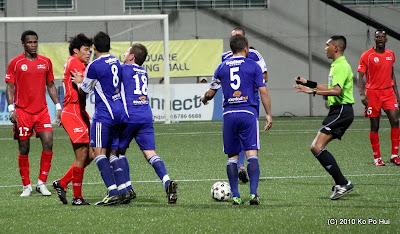 Tempers flared as Korean import Park Kang Jin was confronted by two South Melbourne players over some physical challenges that took place earlier which resulted this confrontation, good thing was the referee was there to calm the situation. 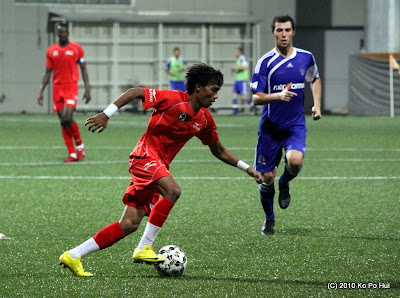 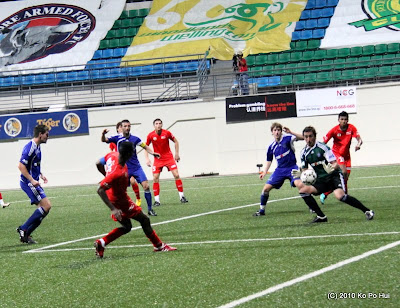 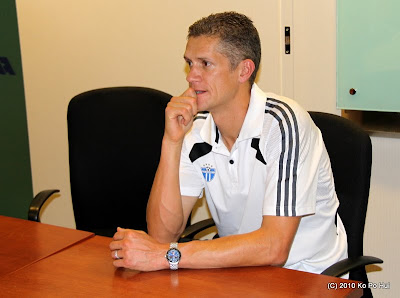 South Melbourne coach Vaughan Coveny is happy with his team's performance which he felt it wasn't easy have come from a cooler climate to play in the humidity, he added the victory would give a boast to their on-going domestic campaign. 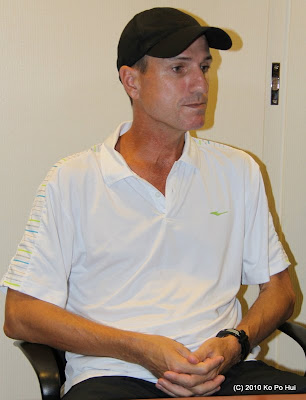 Gombak's coach Darren Stewart was disappointed on how the goals were conceded, while lamented the number of miss-passes taken place throughout the game in their defeat to the Australian side, whom he did played against with during his playing career. 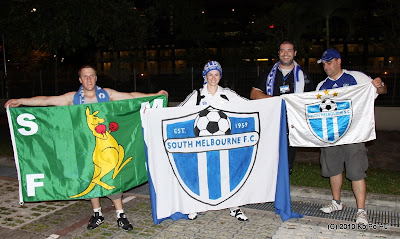 A snap of these jubilant visiting supporters who flew in from Melbourne to catch the team in action, and it will be a trip worthwhile as they ready to pack and head back to down under.