I was at the mentioned event held at "Alcova" in the CBD area.

The purpose of this event was to announce the official unveiling of ten S.League players who are being roped in by Puma as their sports performance and lifestyle ambassadors for 2010. 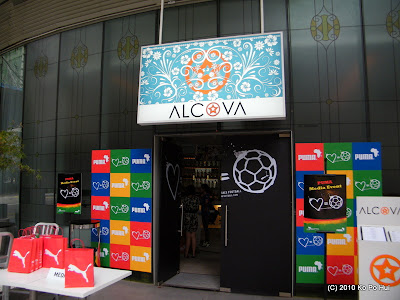 (Pictured above) The entrance of "Alcova" with billboards and promotional banners making known of the event it's hosting. 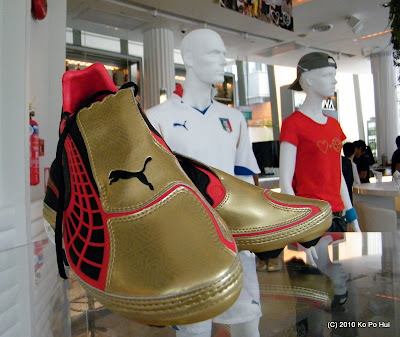 Some of the latest range of products that bear the famous cougar silhouette mark were being showcased at the event as well ("v1.10 iFG" at the foreground of the picture above). 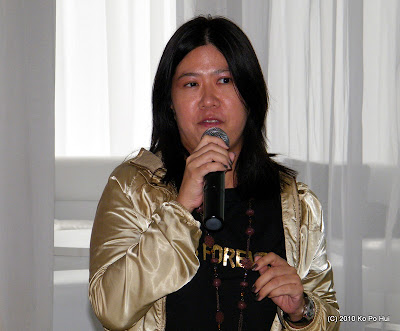 “The World Cup is a celebration of sport and culture and PUMA is leading the celebrations in Singapore with a unique campaign that shows that when it comes to love, words are not really necessary,” said Ms Sheryl Wong, General Manager of PUMA Sports Singapore. 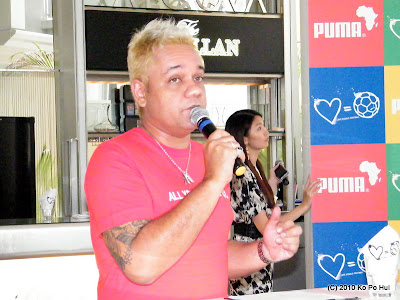 One of the "Muttons" - Vernon Anthonisz (aka Vernon A) was the host of the event. 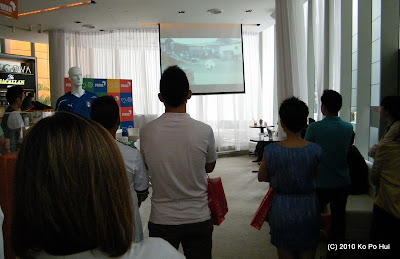 The member of the media and invited guests were given a presentation of a video clip that showcase the long established relationship between PUMA and Africa, which is symbolic significant this year as the World Cup will be held in the continent for the first time. 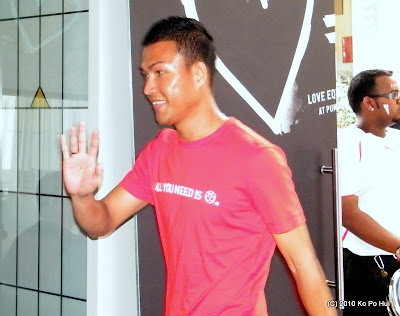 Following the video presentation, names of the ten players were called out and one by one they walked through the main entrance of the venue like what Home United and Singapore midfielder Isa Halim did (as he acknowledges those who were present.) 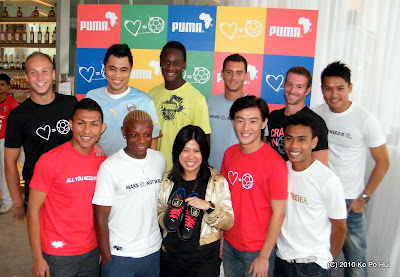 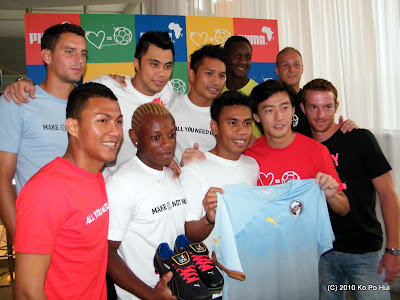 The ten players with the newly-launched "Puma Unity King XL" and the "Africa Unity Replica Jersey". 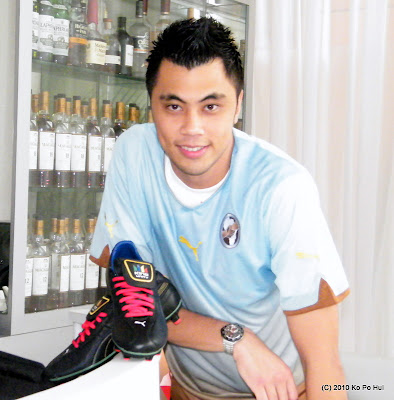 "It is an honour and privilege to be approached by PUMA to be one of their ambassadors." said the 1.88m tall goalie.

"And PUMA has a solid track record in football since the days of great players like Pele and Maradona and I'm glad they have come out to show their support towards Singapore soccer." added Lewis whose priority now is to stay injury-free till the end of the year for the Asean Championship, while nursing from a process fracture in his ankle.

The complete list of ten PUMA ambassadors includes:
Many thanks and appreciations to Mr Jonathan Leow, Mr Nicholas Tee of SPRG Pte Ltd for making this blog entry possible.
logged down by Ko Po Hui at 18:44:00