Behind the scene - thru the eye of my Canon 50D

Like I mentioned before, it's a matter of time I got hold a DSLR camera, and eventually I did.

I wasted no time at all to try out my new "Canon 50D" on the same evening after I got hold of it on the same day itself, where else but at the stadium I decided to trial out my new toy.

Below are some of the pictures I snapped along the way at the Balestier-Geylang match at the Toa Payoh Stadium.

These are pictures I think are not often seen else where and thought it's kind of interesting to share with you guys. 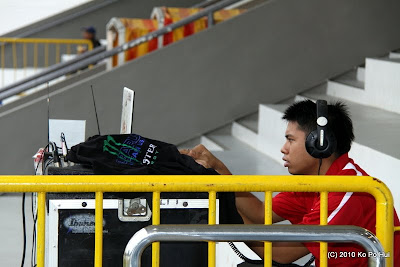 "Sound check 1-2-3", "Testing 1-2-3" as the sound check on the audio equipments are done before the start of the game by this volunteer here. 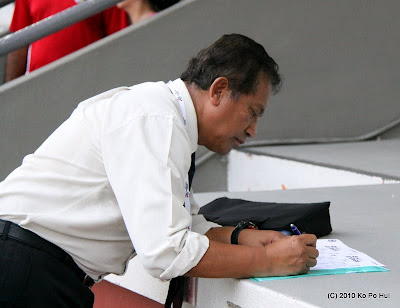 The match commissioner Mr Hanizam Aris (pictured above) ensured the team lineups and other relevant details are in order before the match. 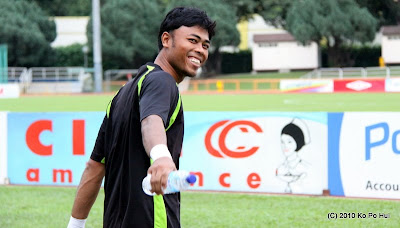 As always, 'keepers are the ones to come out first to starting the warming-up and here's Balestier's Ahmadulhaq Che Omar posing for the shot before heading to the field. 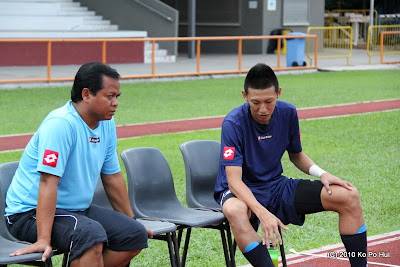 While over at the Geylang end, assistant coach D Tokijan (pictured above left) having a brief chatter with defender Jonathan Xu. 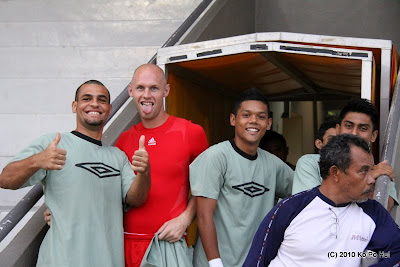 The Balestier's boys were in high spirit as they posed for this shot at the tunnel, while waiting for their warming up. 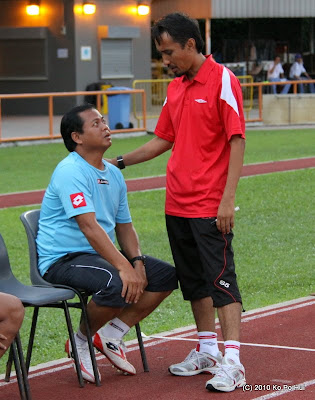 Tiger's coach Nasaruddin Jalil placed his palm at the back of the shoulder of Tokijan, did coach Nasa tell him something that captured that expression of his look on his face :P 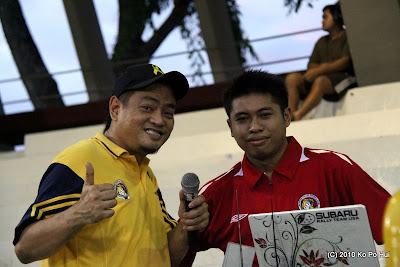 Here's the abang on the left who is the stadium announcer at Balestier game, we all depend on him to tell us who is the one who score. 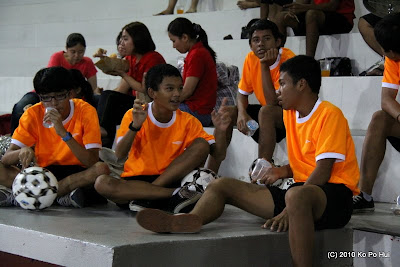 Not forgetting these ball-boys in orange shirt, whose role are equally crucial to prevent any unnecessary stoppage. 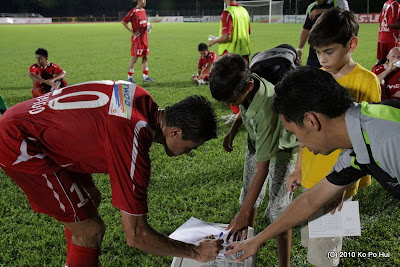 To cap the day, here's Balestier's Brazilian striker Rivaldo Costa signing autograph for these two young boys after the match.

Will carry on trying out my 50D, but the only concern now is getting use to the weight of the camera which is something I'm not really used to it at this stage.
logged down by Ko Po Hui at 23:33:00