SHORT SCRIBE OF THE GAME
Just back from Hougang Stadium and saw Sengkang Punggol crushed out of the Singapore Cup by Albirex Niigata (S).

1-0 was the scoreline and Ryuta Hayashi scored the only goal in the 50th minute and Shahir Hamzah, again, was sent off by referee Sukhbir Singh in the 81st minute.

While Sengkang thought they had levelled the game later through a Duncan Elias's spot-kick but only to be ordered to be re-taken due to some infringement, second time was proved to be disastrous with the penalty being saved by 'keeper Koto Kobayashi.

SOME PICTURES FROM THE GAME 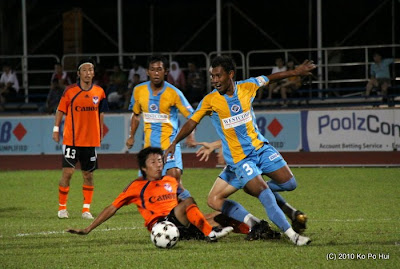 (Picture above) Nor Azli Yusoff (3) shown the skipper courage to foil an early Albirex's attack. 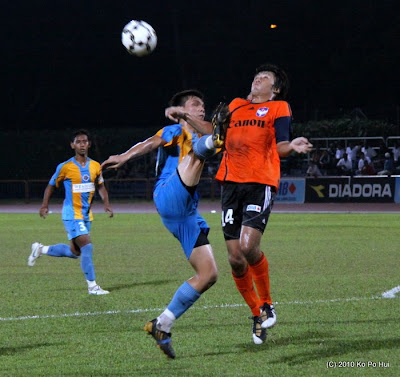 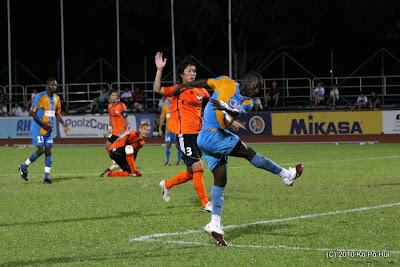 Things would have turned out differently if Mamadou Diallo had this attempt went through the posts and not hit one of them. 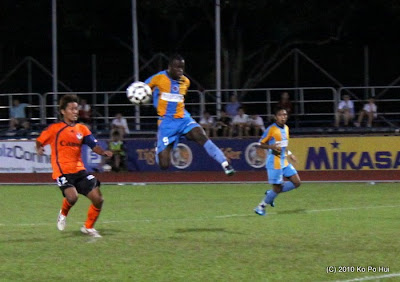 Canadian striker Ryan Fante's spectacular leap in the air, but the finishing product was far from desire. 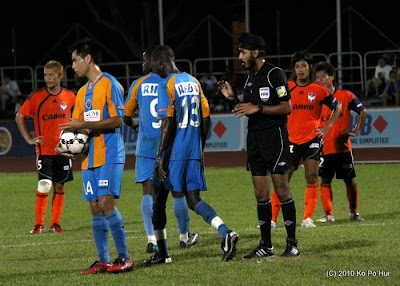 Referee Sukhbir Singh ordered the penalty-kick to be retaken, due to an infringement spotted, much to the dismay of the Sengkang's players. 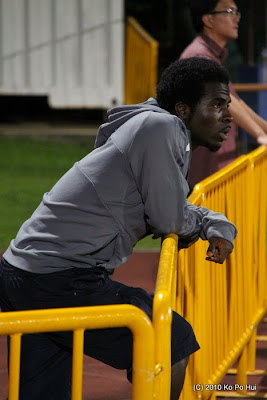 Star midfielder Murphy Wiredu was sidelined and can only urged his mates on from the side.
logged down by Ko Po Hui at 23:47:00