Was at the Choa Chu Kang Stadium to watch the match between SAFFC and Young Lions.

The Young Lions, being the core of this year's SEA Games squad, had shown that the lack of experience and skill maturity can make up by the sheer display of hard work and strong desire to do well, as suggested by coach Terry Pathmanathan.

While for SAFFC, despite the absence of most of their Lions, they still managed to chalk up the 3-0 win, only got their act together in the second half after found it tough to crack the Young Lions' defence in the first. 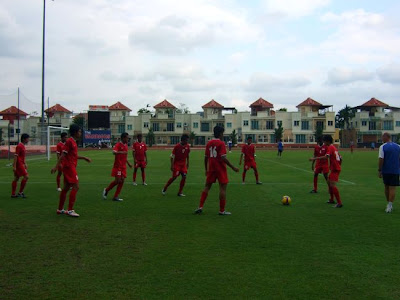 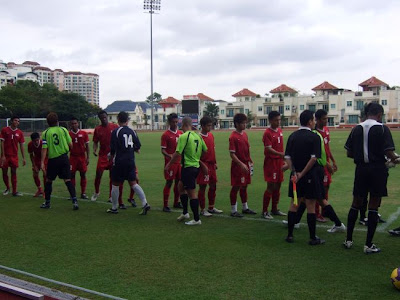 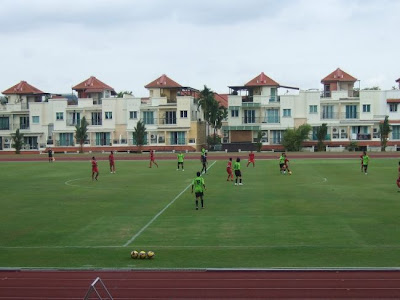 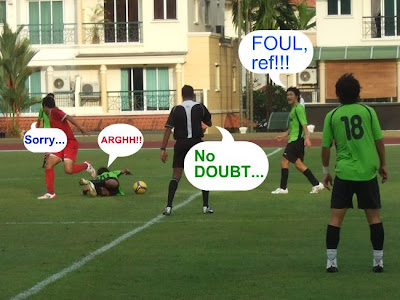 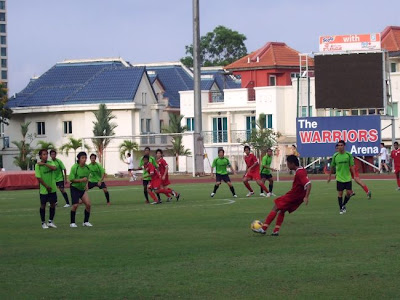 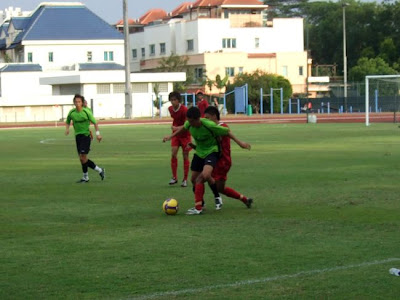 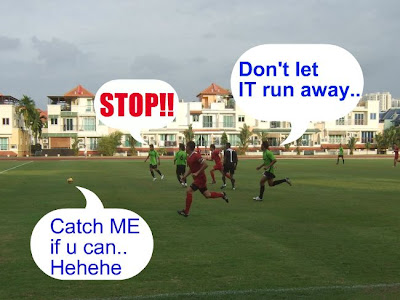 Frankly speaking, the backdrop of the private housing estate does make Choa Chu Kang is picturesque place to watch the game, although I was told the residents aren't too please whenever there's any training too near their place.

Probably, these residents still perceived the game is less in-term of "social dignity" eh?
logged down by Ko Po Hui at 23:05:00