By Ko Po Hui November 22, 2008
Ok guys, this is gonna be a short one as hours later I need to be my mum's stall before she scream at yours truly... 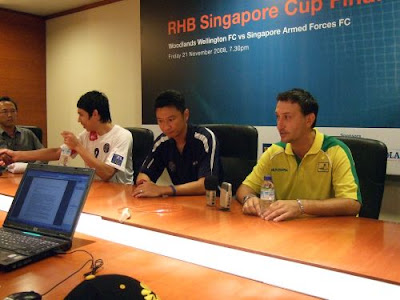 (L-F: SAFFC's Shaiful Esah - in white, coach Richard Bok and Woodland's coach Jorg Steinebrunner)
If you were at the post-media conference of the RHB Singapore Cup final moments ago, you can't help but feel sorry for Jorg Steinebrunner , the out-going coach of losing finalists-Woodlands Wellington.

Due to the cost management exercise that's going to be implemented next year, Woodlands are likely to unload number of players from their payroll and fill the spots with younger players, therefore guys like Jorg, stars like Laakkad Abdelhadi, Park Tae Won, Akihiro Nakamura etc. will be packing up and move out of the north.

Jorg in his farewell (sort of) speech thanks the club management for giving him the opportunity to kick-start his coaching career.

While at the meantime, it was confirmed Warrior's Shaiful Esah will be drafted into the national team for the upcoming AFF Suzuki Cup, after Khairul Amri was pulled out due to his injury sustained the night before (the 3rd/4th placing match).

OTHER PICTURES AT THE POST-MATCH 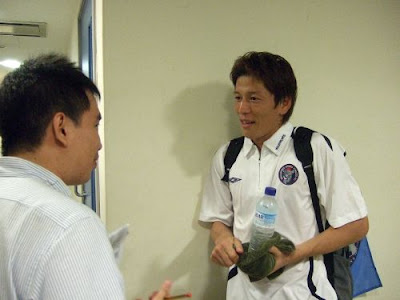 Told the winning goal scorer Kenji Arai that I posted his singing video on Youtube, glad he's OK with that. 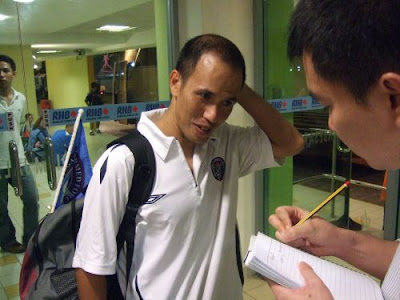 Therdsak Chaiman - you can't denied the fact that he's that good despite his age! 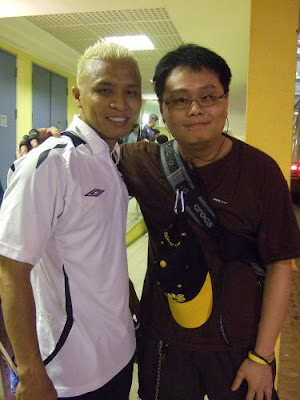 Coach Raddy, this guy (Ahmad Latiff) on the left deserved a chance as you are running out of attacking option (Picture credit: "Cloud").