It's certainly not a bad idea to stage a national team's match at one of the heartland areas.

In fact, I like the idea very much after witnessed Singapore beat Vietnam in the Tiger Beer Challenge Trophy match at the Jurong East Stadium. 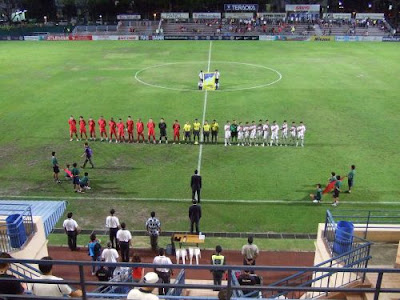 The lineup before the kick-off
After the "closure" of the National Stadium and the unfriendly surface of Jalan Besar Stadium, using alternative like stadiums in HDB new towns is a good way to bring the team closer to the ordinary folks (it just like, "Hey, the national team is playing downstair, want go see or not?") rather having to travel to centralized locations such as Kallang or Jalan Besar. 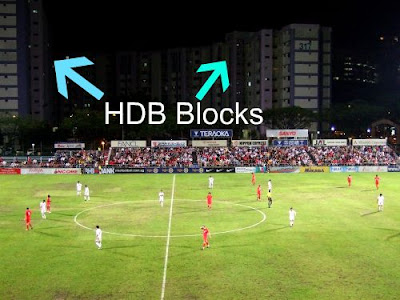 The match in progress... 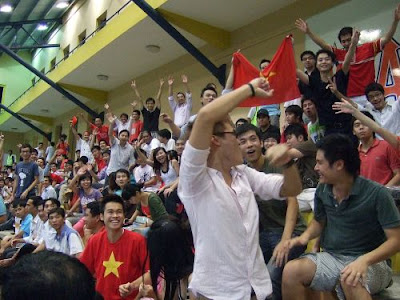 The boisterous support from the Vietnamese had a friend SMSed me that the whole thing made us looked like we are at an "away" game. 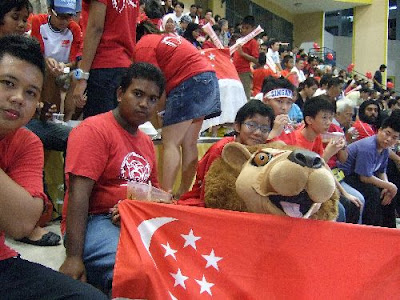 To be fair, it was half time when this shot on these local supporters was taken (Picture credit: Mr Theng Wai Mun) 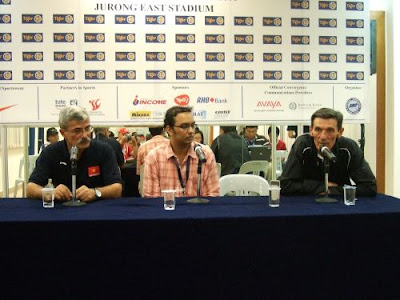 "We can't play a slow game, as Vietnam played aggressively and gave them chances to score two or even three goals" Coach Raddy (right) in a his assessment after the match. 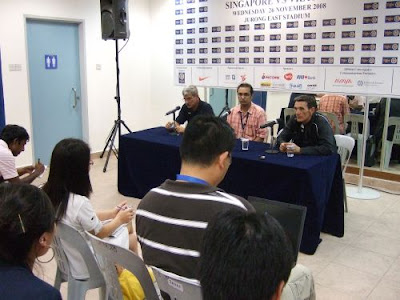 The media and the panel

There's still a long way to go before getting the act together.

Just like every eve of every big matcha, the game against the Vietnamese was to try out several players on new positioning, which I hope it the thing will click when required.