I was invited to the SAFFC's appreciation dinner at the CSC @ Bukit Batok.

Was told that this is an annual event of the club to show their appreciation to whosoever involved with the club, from the players to the management committee, from the volunteers to the backroom staff and from the fans to the sponsors etc.

Many thanks to SAFFC for the invitation to this event.

SOME SNAPS OF THE NIGHT 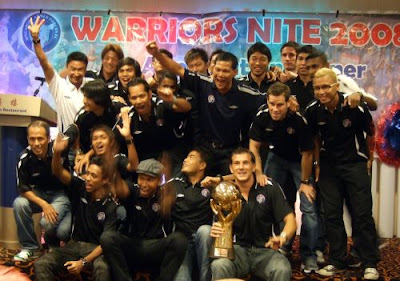 The first program of the night- the trophy presentation to the club chairman by the team. 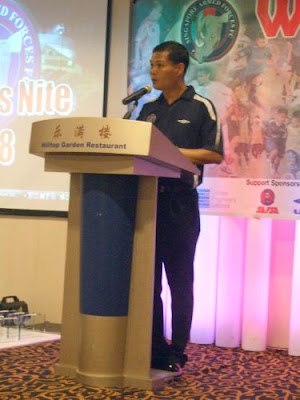 SAFFC's chairman BG Tung Yui Fai in his address pays his tribute to whoever involved with the club and outline the vision for the next season and urged the team to aim for a "back-to-back" double by winning the Singapore Cup as well. 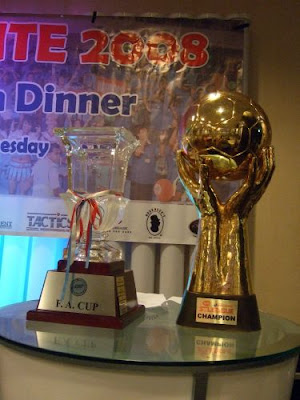 The FA Cup on the left and the League trophy on the right with the Singapore Cup - the missing piece in the jigsaw. 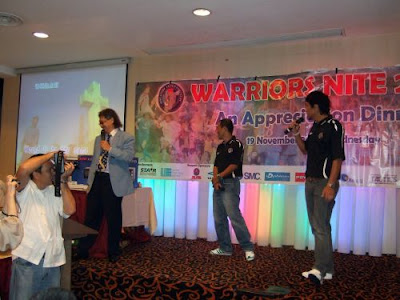 Japanese striker Norikazu Murakami (on the right) wooed the audience with his "Tears in Heaven". 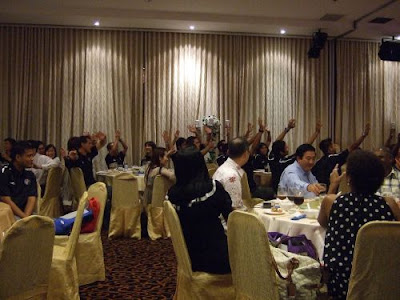 ... and the audience were certainly having a good time. 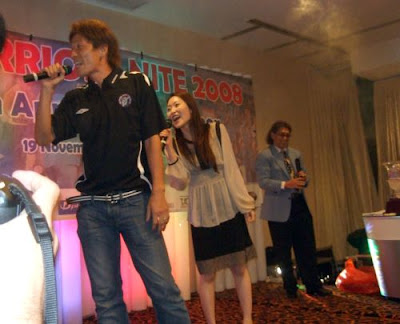 Kenji Arai and his wife had their roles in keeping the audience entertained too...

Many thanks to Kenji Arai who agreed to have this clip on Youtube :)
logged down by Ko Po Hui at 01:12:00

Email ThisBlogThis!Share to TwitterShare to FacebookShare to Pinterest
Classifed as: SAFFC