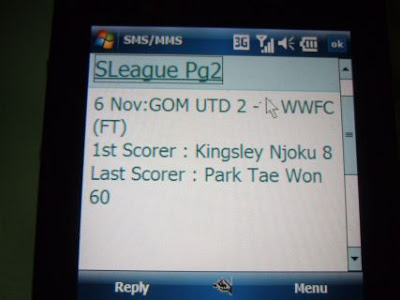 The SMS update did the trick again as I was informed hours ago that Woodlands Wellington's Korean star Park Tae Won had just joined the exclusive S.League centenary club (for whoever score 100 goals in their S.League career).

At least, Park will be guaranteed a moment of appreciation in the annual S.League Awards Nite, although the damper of the night was that his team lost to Gombak.

Anyway, Congrats to you, Park and at the meantime, it's confirmed that the much-anticipated showdown at the Floating Platform for the RHB Singapore Cup Final WILL NOT go ahead as the league authority had decided to stage at the usual venue - Jalan Besar Stadium on 21st November. 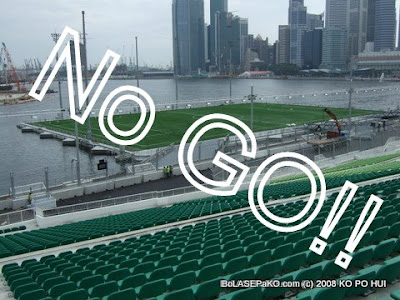 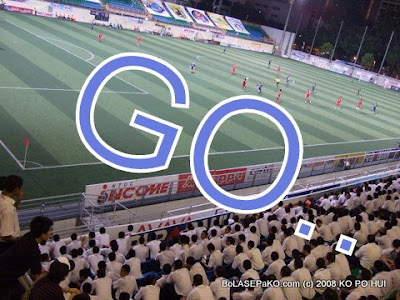