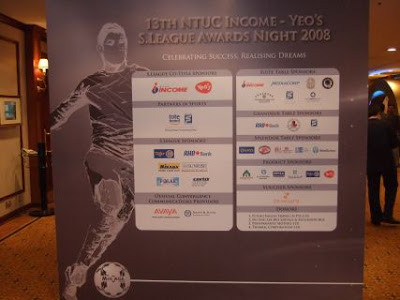 The billboard for this year's awards night
Again, was the annual awards night which was held at Orchard Hotel in the shopping district of Orchard Road. 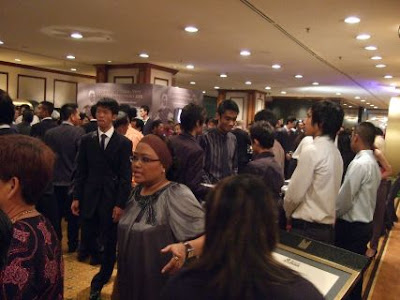 The invited guests mingled around 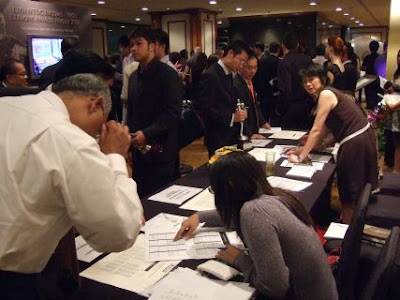 "Is this your name?" 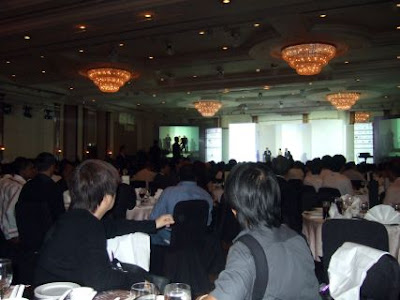 Where I was seated...

As there wasn't for me to expect anything new (in terms of programming), I decided to spend most of my time hanging out at the media room, where reporters were busy filing their stories. 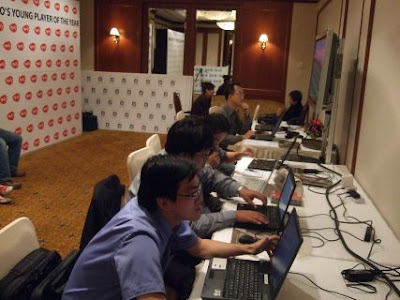 The media at work at the media room. 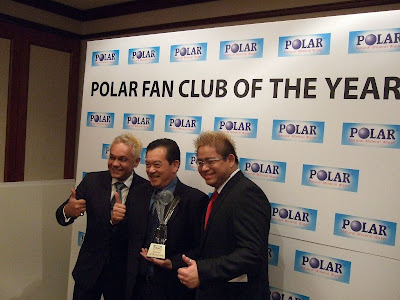 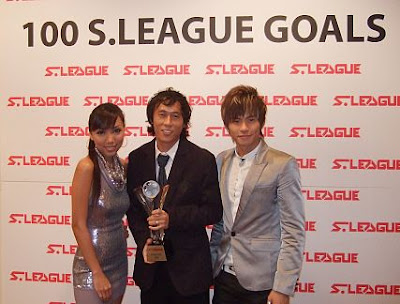 "Thanks, guys.." as (from left) Jean Danker, Park Tae Won and Daren Tan posed this picture for yours truly.

Park Tae Won became the eight centurion in the history of S.League after scored his 100th goal this season. 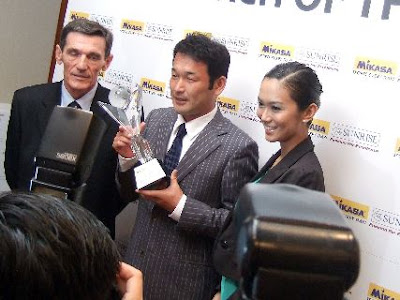 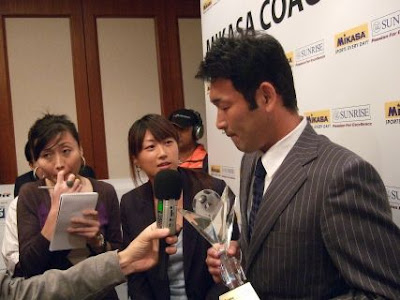 Coach Hiroaki being interviewed by the media.

The biggest shock of the night must be the coach of the year, when it was announced that Albirex Niigata (S)'s coach Hiroaki Hiraoka had clinched the award ahead of SAFFC's Richard Bok.

So earth-shattering was the news that the Japanese coach had the longest media interview among the awards winners. 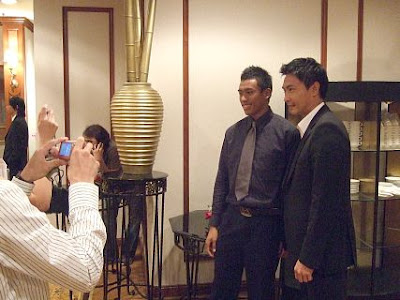 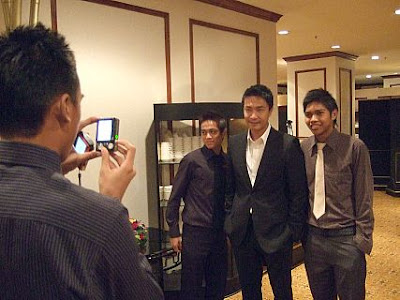 So much so that one of the award presenters - Tay Ping Hui was spotted having his pictures taken with the fans while waiting for his turn. 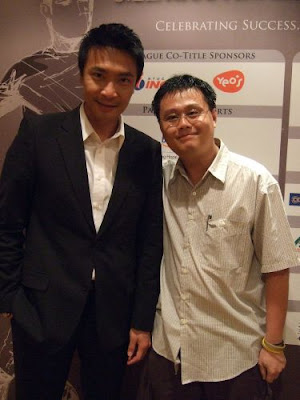 ... and with the blogger as well... (Picture credit: Abang Sani of BH, thanks 'bang)
But the biggest winner of the night went to Aleksandar Duric, the veteran SAFFC striker, who for the second year in running retained the "Top scorer of the year" and the prestigious "Player of the year" 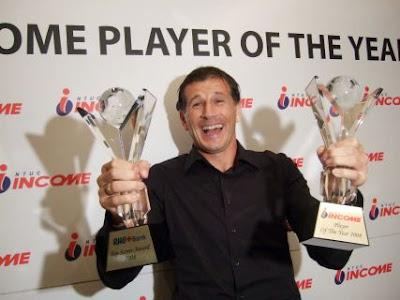 "The one for the FACEBOOK!" as I urged Duric for this pose :P (Thanks, mate) 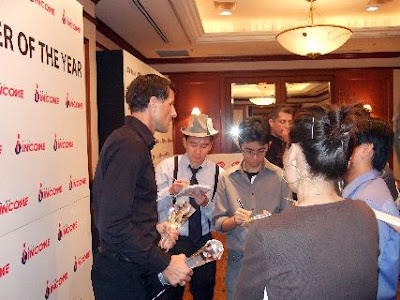 Although he still remains coy over his plan for the next season.. (still got chance to ask on Friday, folks)