Little Cubs didn't win to progress, but they did 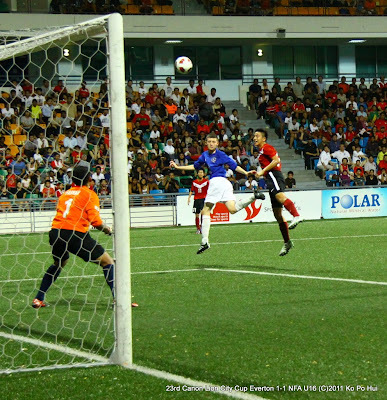 Everton (in blue) took the lead first in the game through Calum Dyson's header.
The fact remain is playing this kind of three-team group round-robin sort of group fixture is NEVER TO LOSE and you are guarantee to be SAFE to the next stage.

With that in mind, the NFA U16 did just that by ensuring two draw results against Flamengo and Everton to progress to the next phrase of 23rd Canon Lion City Cup in the expense of the Merseysiders. 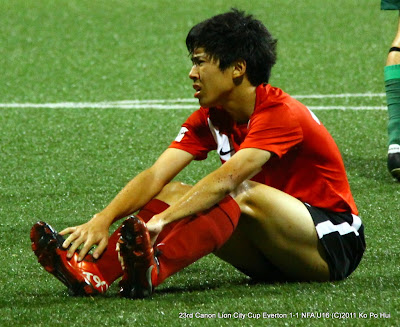 NFA U16 was equalized by Hazim Hassan (pictured above) in 22" but also guilty of missed two in the second half
But frankly speaking the team that formed by the core of last year's YOG team was up against a team younger than them with one of them aged only 13 year-old!

Which is precisely why a member of this blog's FB page suggested that at this age is more about gaining exposure and honing their skills, rather than being too result-oriented that might be a hindrance to their development. 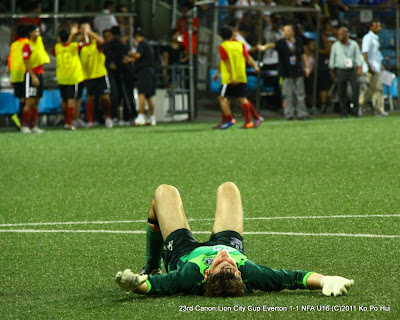