Seed $$ shall never see as something for granted... 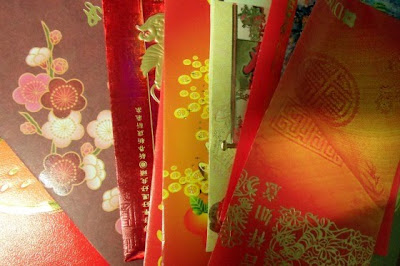 Distributing of these subsides or commonly known as the "seed monies" first started in the league's inauguration in 1996 when funds were allocated to the eight founding clubs to help them to make up of the shortfall that might incurred during the operation in the infancy of the fledging years.

It was to say that the clubs were hoped to stop receiving these "seed monies" after three years after consolidate themselves during the said period.

Unfortunately, the economic downturn that hit the country during that critical stage of the S.League had failed to see that plan from being materialized and made it more essential for clubs to survive on the subsidies.

Although, I, for one, has never been favourable for such generosity, even though I know how difficult it is to source for the much-needed fund by the clubs themselves.

While the fact that some clubs are running some fruit machines (jackpot) to balance their books, unfortunately, given the higher taxation on these gambling machines means that whatever intake from them would eventually ended up on the government's coffers.

And therefore, very limited amount of monies from these machines had actually gone towards to uplift the game's standard in this country and things can't be help when the subsidies were decreasing in recent years due to poor economy.

As the result, many notable players flocked out of the country in search of bigger pay cheque overseas and the meagre wages offered only meant we can only attract quality players that fit the budget.

So much so that the clubs been banging the doors at Jalan Besar Stadium to plead for more financial assistance from the game's governing body and finally got their prayers answered on Monday.

I'm not sure what had gone through my mind that following morning, but somehow or rather the recent announcement of the increase in subsidy to be given out to the S.League clubs and had I decided to raise my concern of this matter.

"I'm still not convinced the top-up in seed $ is a gd thing for #sleague clubs, period" I tweeted that morning.

I added:"& if claims that some of these #sleague clubs would go bust, so be it! As clubs shan't see this seed $ as something for granted"

I think sometimes we really have take a tough stand on this matter here and clubs eventually found themselves not able to sustain on their own, should pack up and leave the scene and not dragging others down for the "old time sake" until they did like what Tanjong Pagar United did - by clearing their debts and return to the scene.

And with the recent windfalls though coupled with some conditions to fulfil what really worry me is how much prudence is going to be exercised by the clubs in using the money wisely?

I really don't know and really hope the clubs would learn that this is something not sustainable and since we heard talks about community outreach that shall be something we need to tackle on it, just like what I tweeted below...

"Community outreach IS NOT merely just run a few clinics, getting kids to kick abt! It's more than that #sleague clubs!"