SHORT SCRIBE
This match I was informed that it was already scheduled as part of the AIK Solna's Far East Tour, and the FAS decided to make it into a charity match (based on my assumption) to raise fund for former national player Mr Dollah Kassim, who has been in a coma since collapsing during the 2009 Sultan of Selangor’s Cup veterans match between Singapore and Selangor last October. The banner that depicted the event of the night.
The match ended with one goal a piece with SAFFC taken the lead as early as 10th minute, before the Swedish league champions levelled the scores in the 67th minute.

Personally, I thought Ahmad Latiff was making his presence throughout the game until he was replaced in the 87th minute, new signing Noh Rahman seems comfortable in the middle of the defensive pack when Daniel Bennett was not starting the game at all and happy to see Indra Sahdan back to his striking position.

While the visitors must had difficulties in acclimatised in the first place, got their act together in the second half and put up an end-to-end game with the Warriors for the 2,352 folks who were at the ground. 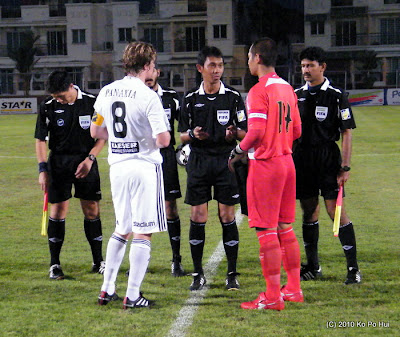 Referee Abdul Malik briefed the skippers before the coin-toss. 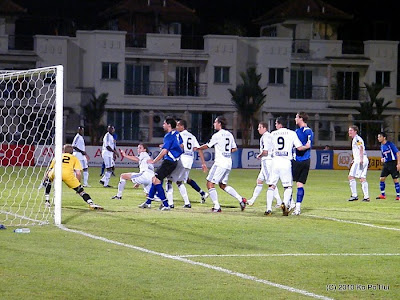 The moment before the ball was deflected off the Shaiful Esah's free-kick from the Warriors' right in the 10th minute. 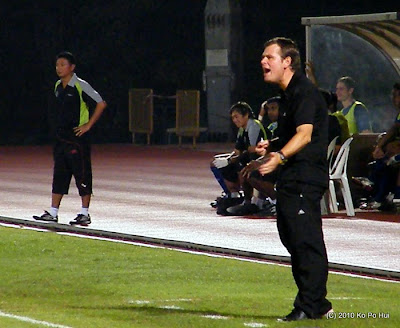 AIK's coach Mikael Stahre (on the foreground) shouting instructions to his charges after trailing by a goal in the first half, while Warriors coach Richard Bok looks on. 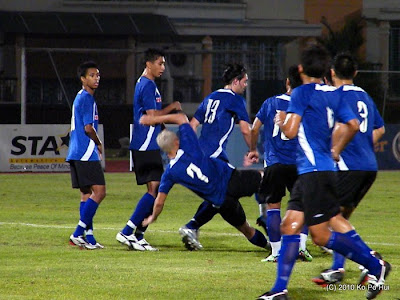 This was the moment, that saw Ahmad Latiff (no. 7) took a knock from the ball, before AIK levelled the scores in the 67th minute. 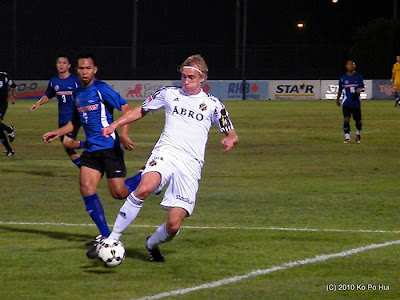 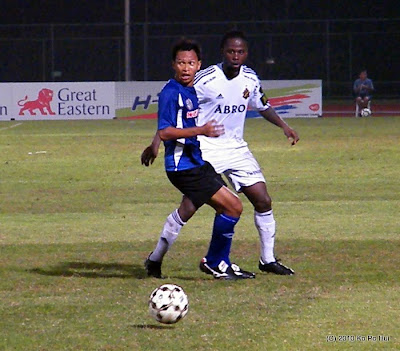 Hafiz Osman, who came on in the second half, gave a credible performance in his defensive role. 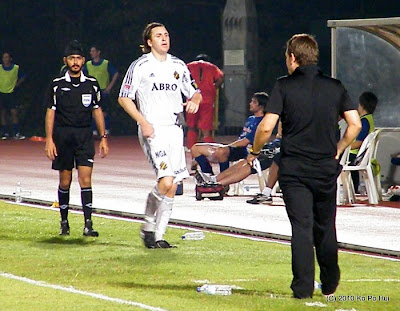 The only grey moment that marred the night - the sending off of Nils-Eric Johansson (pictured above middle) in the 80th minute for an infringment committed on Indra. 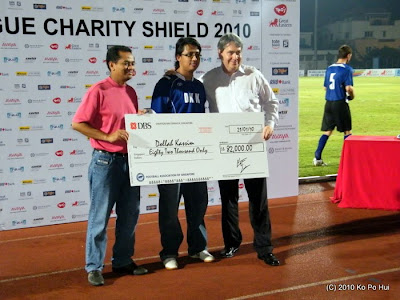 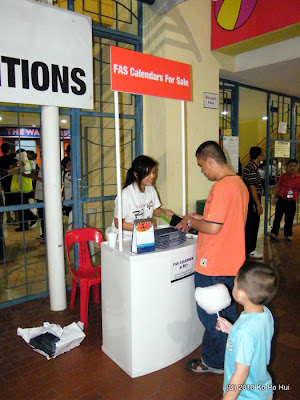 A booth was set up at the entrance of the stadium to sell the FAS 2010 calenders with all proceeds from the sale goes to Mr Dollah and his family.

VIDEO CLIP OF THE MATCH (from AIK's blog)

Managed to see myself-in-action behind the goalpost and the customary handshake (try to spot me :P)

INTERESTING PICTURE OF THE NIGHT Take a look at the boy's reaction when he was offered a handshake by another boy.
logged down by Ko Po Hui at 10:27:00