Central Derby - Nothing changes much...

So in the end, the same story happened like most of the Central Derby fixtures in the past - Home United walked away with a comfortable 3-0 win over the neighbours across Braddell Road, Balestier Khalsa.

And the story had it a former Balestier coach (P N Sivaji) devised the plan and two of the goals were scored by former Tigers stars - Kengne Ludovick and Norikazu Murakami.

So the Protectors are through to the next round, while Balestier's youngsters are still learning the harsh reality of professional football that will benefit them in the near future. 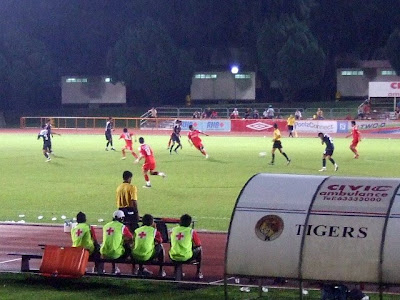 Snap of the action from stand. 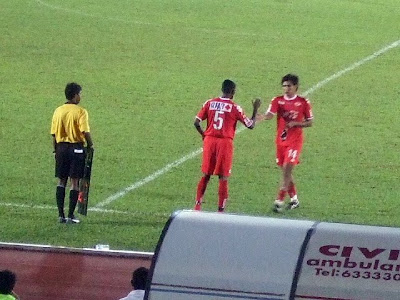 Home United's skipper S Subramani (no. 5) made his return to the game in the second half. 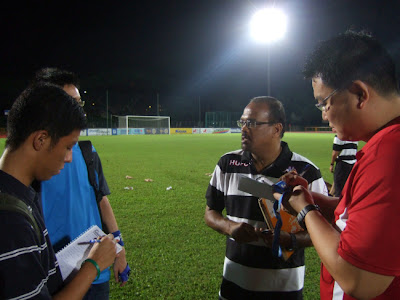 Home United's coach Mr PN Sivaji with the media after the match
"I'm happy with the result and the way we played, especially the passing of the ball." said Coach Sivaji.

"In the first half, Balestier played a 5-3-2 and when they switched a 4-4-2 formation in the second half, you can see that they (Balestier) were having more of the ball, which was why Nori(kazu Murakami) was deployed in a deeper role to neutralize their attacks.

"But having achieved the win without players like (Shi) Jiayi and Peres (de Oliveira), I'm pleased that some of our reserve boys gave a good account of themselves tonight." he added.
logged down by Ko Po Hui at 00:09:00