"the main thing is to get some (match) practices..."

Mum Nature took us for a ride prior this friendly match between Geylang United and Police SA at Bedok. 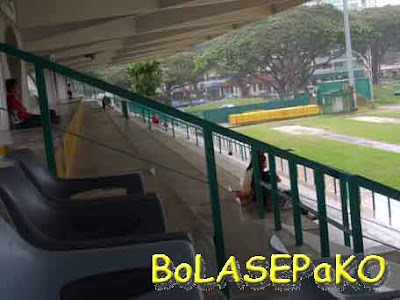 Luckily, the "Mum" was aware that the sparsely few of us weren't want to make a waste trip, so she blessed the game to proceed on.

As this was a group together for a simple kickabout so arrangement as such: the announcer (where are you, Bernard?), the scoreboard (being switched off), the A-signs and the ball-boys (their presence were sorely missed as the players had to double-up as the ball retriever as well.) were nowhere to be found or functioning. 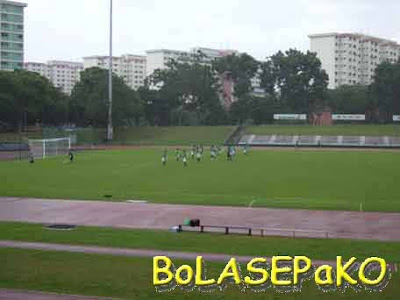 The Professionals - Geylang United warmed up despite the heavy drizzle. 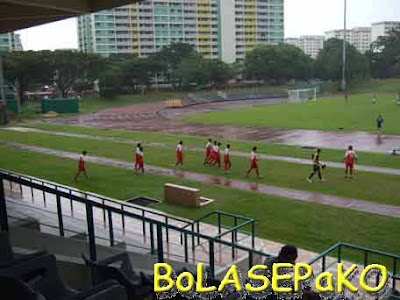 The amateurs - Police SA, trooped out after the rains stopped 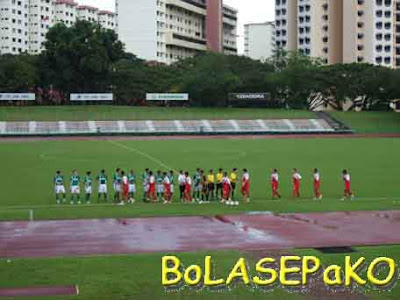 The customary hand-shaking prior the match. 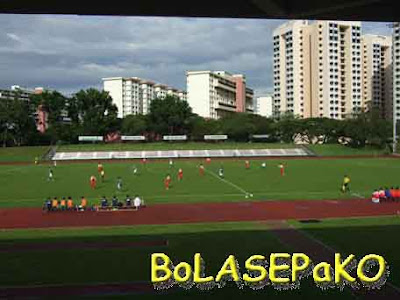 The reason why league fixtures are being staged at night time - see the empty and sunshine-exposed stand?

4-0 was the result of this friendly fixture, which I think it's hard to gauge if the Eagles are ready for their return to the big time.

After all, a professional team up against a bunch of amateurs can't really tell us much about the actual strength and real potential of a team like Geylang. 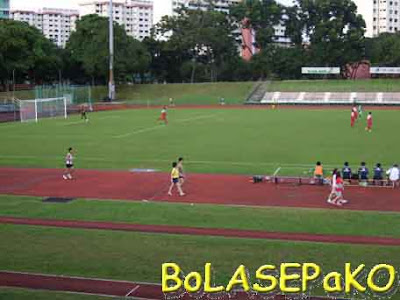 Not that often you had these "dare-devils" jogging around the tracks while exposed to the danger of stray flying ball movement of a match. 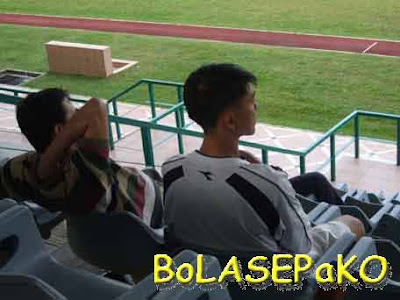 Anyway, like what Geylang's Assistant General Manager (Football Division) Lim Tong Hai said to his friend at the stand, "the main thing is to get some (match) practices..." (Sorry Tong Hai, wasn't meant to eavesdrop but I seating behind you just now)
logged down by Ko Po Hui at 21:58:00

Email ThisBlogThis!Share to TwitterShare to FacebookShare to Pinterest
Classifed as: Friendly, Geylang Utd