The whole episode had been frustrating! (edited) 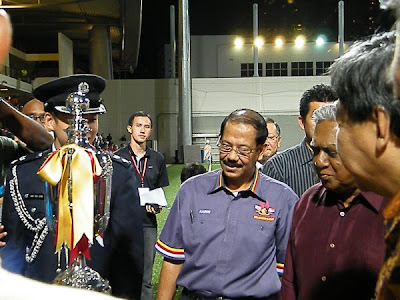 The VVIPs admiring the trophy.
Sometimes I have been wondering if this country is a nation of glory-hunters, that when things get tough people try to find an easy way out to avoid the calamity to be fallen on them? 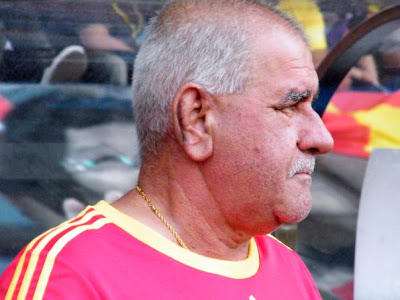 This legend who used to be feared by strikers in Asia for his tackling, can you tell who he is?
I can't help but having that conclusion in the recent days when I tried to encourage some of my middle-aged colleagues to come down to see those footballing legends of the seventies who came together for the annual "Sultan of Selangor Cup". 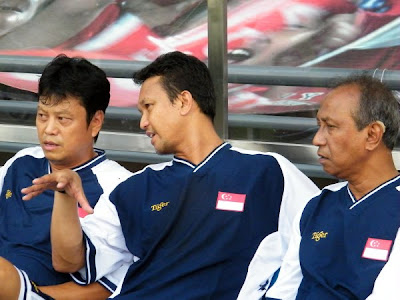 You know the man in the middle now, but will your kids know who he is and importantly can you tell those two on his both sides?
These are the lot who are still clamouring those wonderful days of the Malaysia Cup rivalry between Singapore and Selangor, and could easily roll out those names of those legendary players from their tongues. 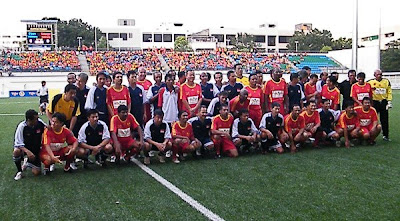 These guys were capable to pull in a full-house at Kallang in their heydays
So there was this chance to bring them back to those nostalgic years to see their boyhood heroes they idolized when they were young, all kinds of flimsy excuses (barring those genuine ones) thrown out from nowhere – stark contrast in those years when people would drop anything to catch the team in action. 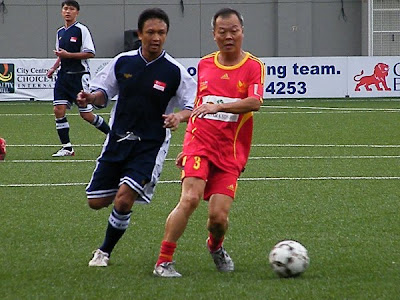 Are you aware that the legend in red jersey played in 1972 Munich Olympics for his country?
How sad! In this era when most football fans chose to despise those players at their own backyard (that's the case isn't?), those who had been through those wonder years chose not to share with their children this indispensable part of Singapore football history. 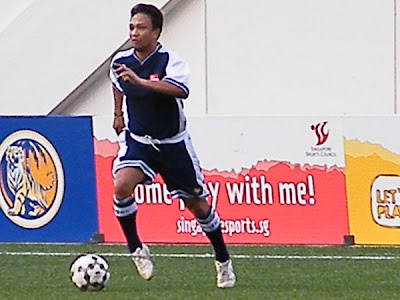 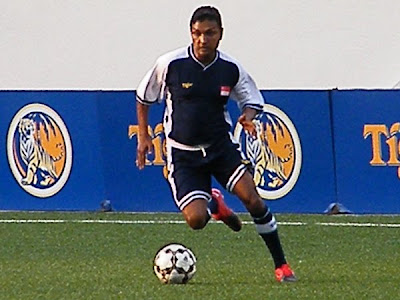 I can't image the day when our kids not aware these two former Young Lions coaches ever played in Europe!
And these are same jokers who have the cheek to come forward and tell me all the short-comings Singapore football is facing, when they, themselves, didn't bother to turn out at games to see where the faults lay and based their “findings” from statistical information (where? the betting outlets where they simply concluded their opinions based on fluctuating of the odds). 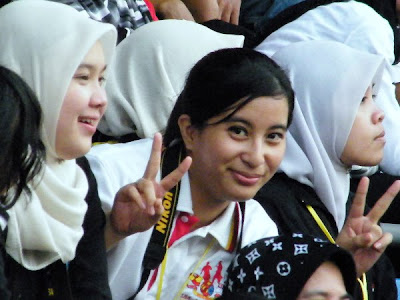 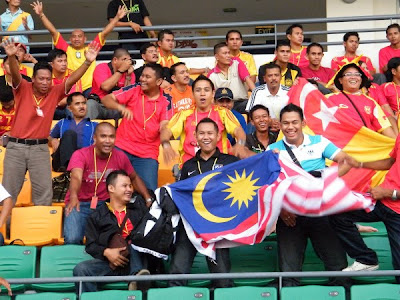 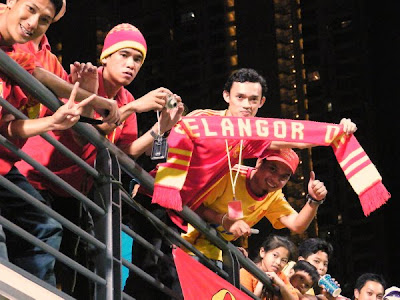 Despite the slightly higher travelling costs, these fans from Klang Valley bother to come down to support their team and certainly made their presence felt.
“Last time, we had all these good players... blah, blah.” this is what they would always said at the start of their theory.

Fark Off (sorry for my choice of words)...I had enough of it of these nonsensical opinions of these self-proclaimed brainless twits. 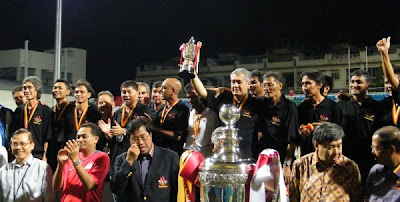 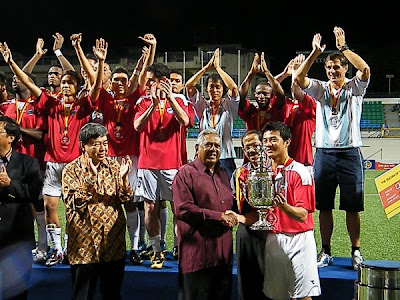 Both Singapore sides claimed the trophies, but not many local "fans" bother to stay behind to see, let alone celebrate!
My advice is to all these twits – Check your fact and background of your argument before you approach anyone who is an expert (not me) to debate

I had enough of this and this will be nothing more than just whining to me. Thank you.

AN UNRESERVED APOLOGY TO SINGAPORE MEDIA

This slot used to have a picture of a number of microphones placed on the table at the post-match media conference, for those who saw it can vividly remember those were from the Malaysian media who were covering this annual event.

For one moment, I thought the Singaporean media were not keen to cover this event, only to realize that it was because Mr Dollah Kassim, who was being admitted to the hospital, that all of them were staying vigil by his side to keep us update on his condition.

For that ignorance, I,hereby,decided to remove that picture and unreservedly apologize to all my local media friends for such unnecessary misunderstand caused.

And lastly, I wish Mr Dollah a speedy recovery...