It's another damper as I can't get down to pitch side... 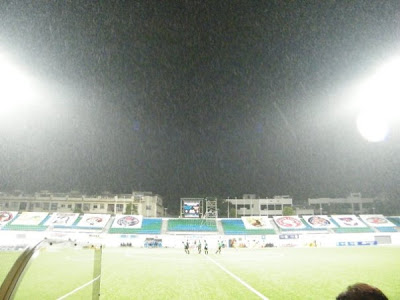 Referee Abdul Malik made a brave decision to carry on the match despite the heavy downpour (as pictured above) that started prior to the start of this live televised game.

Frankly, this fixture would have been a title decider perfectly fit for this season's finale, but it wasn't the case after all. If not for that disastrous October which Tampines Rovers eventually blew their title hopes away.

Still, given the storied feud between these two giants of Singapore football over the past few years, be it title-decider or not, SAFFC-Tampines promising an exciting encounter whenever they meet. 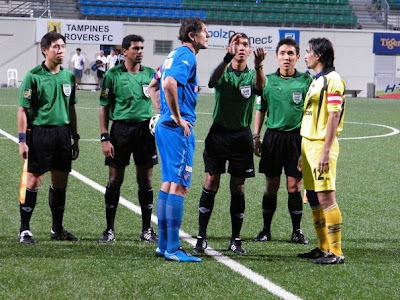 "Head or Tail?" as SAFFC won the toss to kick-off. 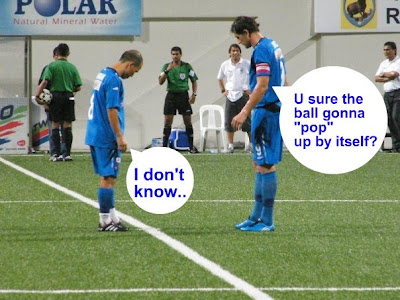 Err guys, the ball is still with the referee... 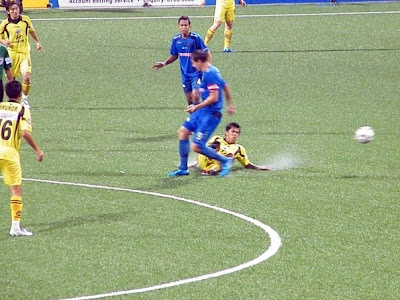 Khairul Amri did well to shackle Duric off the possession. 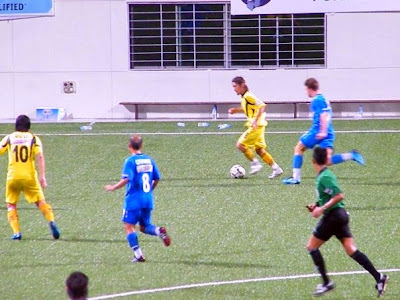 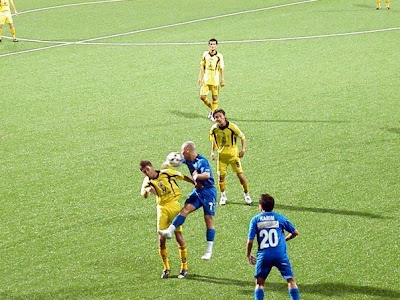 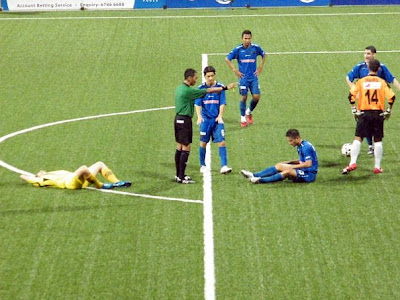 It's always so physical when these two meet. 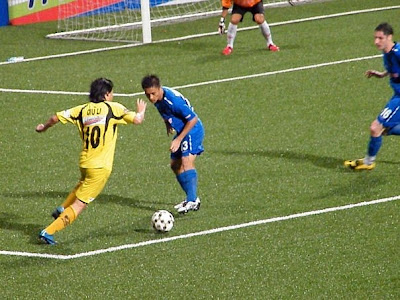 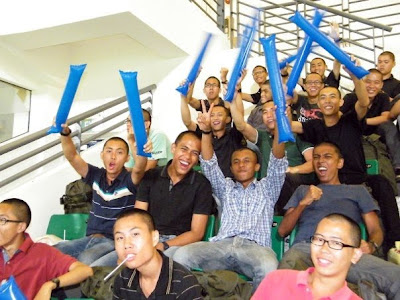 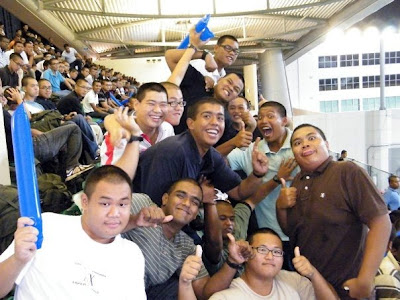 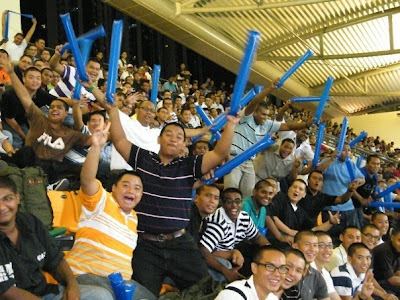 As a promise to these guys, here are the photos and thanks for taking the initiative :) 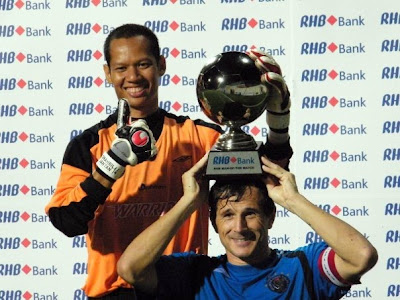 SAFFC's custodian Shahril Jantan's brave effort won him the "Man-of-match" as presented by his skipper Aleksandar Duric (already a friend of me said Shahril deserved another shot to the national team call-up). 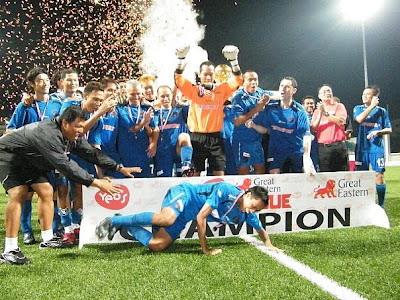 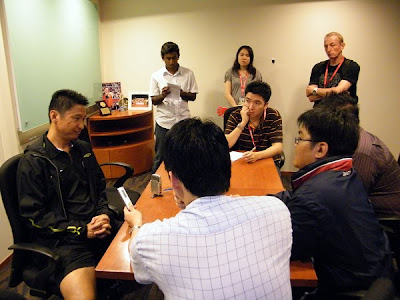 SAFFC's coach Richard Bok remained mum over his "retain and release" list when asked, as he would only start the working out of it on coming Monday. At the meantime, he expressed his surprise on the aborted move of skipper Duric to Sriwijaya.

But acknowledged the fact that SAFFC will definitely need to strengthen their squad as it will be another congesting season next year. 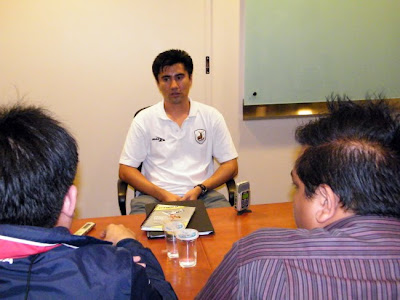 Looking back the season, Tampines Rovers' manager Syed Faruk believed the injuries and suspensions to several key players during the month of October being the key factors of their derailment of their title's hope.

Whilst at the meantime, he hopes finishing as the runners-up of the season campaign would allowed the Stags to return to continental tournament - AFC Cup (as Geylang United would qualify for that spot if they win the Singapore Cup on 8th November).
logged down by Ko Po Hui at 23:02:00