By Ko Po Hui October 16, 2009
I would consider myself a SAFFC's jinx if they couldn't beat Sengkang Punggol at Jalan Besar Stadium just now, as I was in person to see their last two matches (against Gombak United and Super Reds),which they played below expectation, that would have allowed them to pop open the champagne.

So third time lucky for the Warriors with their victory over the Dolphins at Jalan Besar Stadium, thus sealed their fourth consecutive league title and another shot to next year's ACL tournament. 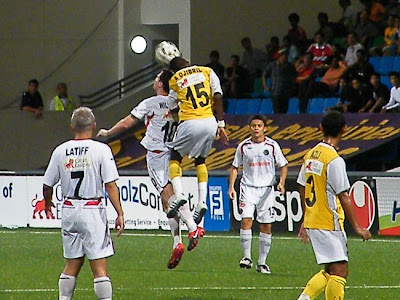 SAFFC's John Wilkinson (10) and Abdoulaye Diallo (15) in an aerial duel. 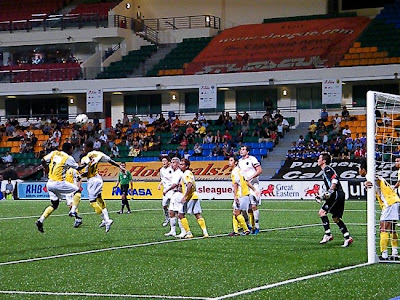 Sengkang defending a corner in second-half 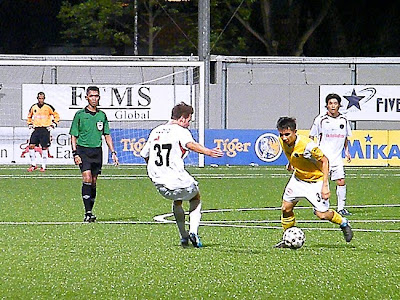 Lloyd Butler (37) made his late appearance in the match. 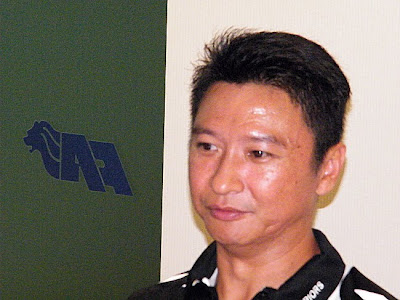 SAFFC's coach Richard Bok (above) said his team wholeheartedly focused their mind on this game, barring any thought of DPMM's fate that would have decided their title quest before the kick-off. 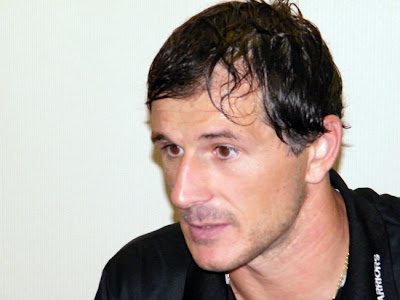 Sriwijaya-bound Aleksandar Duric (above) is confident of doing well in the physically-tougher Indonesian League, although his main concern is the lack of time to gel with his new team-mates when he join the Palembang-based club after his club and Lions' commitments are over.