Had the FIFA ban on Brunei Amateur Football Association (BAFA) caught everyone off guard?

The ban resulted that Brunei DPMM's participation in the S.League is null and void, despite written approval was sought at the start of the year from the world governing body on the team's participation. Part of DPMM's supporters at the League Cup Final
At that point of time, DPMM, a BAFA associate who used to play in Malaysian League, found themselves in a wilderness after the Malaysians decided to pull the plug after BAFA was de-registered by Brunei's Registrar of Societies, which is not inclined with FIFA's stand of "non-interference from government" policy, so it was subsequently not recognized as the game governing body in the oil-rich sultanate.

And so, when DPMM admitted into the league at the eleventh hour, the league authority thought with that perceived "iron-clad" written approval from Zurich, everything was fine until recently when things changed at FIFA congress when BAFA was officially banned.

Suddenly, the league, already saddled with mass exodus of top players and load of problems, was caught in a fix in sticky situation like this.

Are we going to see the last of Vjeran Simunic? (left-after he won the League Cup, right-after DPMM lost to TTM in the Singapore Cup)
The league authority had granted a grace period until coming Monday for the Brunians to resolve the mess, before pulling the plug as well after the world governing body had rejected their final appeal.

So at the end of the day, what have we learnt from this lesson?

I guess we have not learnt our lesson.

It doesn't matter if how good or bad the club is run, but given this kind of "musical chair" way of admitting and ejecting of clubs on such a frequent basis, you can't blame people for slamming the 14-year old league as a "mickey-mouse" league! 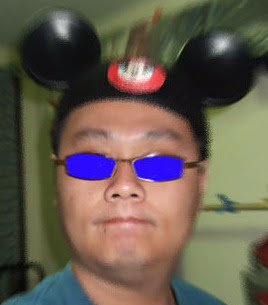 Not this "mickey", of course (I can't afford to pay Walt Disney for copyright infringement)
Put it simply this way, let us get settle down, clear the debris before start talking about the rest and NEVER TAKE THINGS FOR GRANTED.