The general mindset of most local clubs officials and players is to keep "things within four walls" and it's not very often we see war-of-words trading across feuding parties to ensure the mood of solidarity in the local football fraternity (because of the "Code of Conduct" I guess).

Personally, nothing wrong with that as nobody would want to see a WWE-styled reality show since the main product is the game itself. 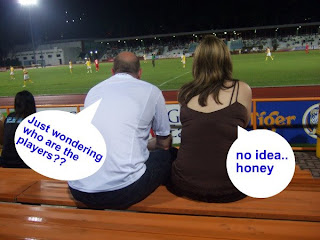 (Picture) How often you wonder who were players on the field?
However, the lack of hype in the local scene also not in favour to itself as fans may find it a bit "routine-like" to turn out at games.

So that was why I suggested earlier to get players to tell us more about themselves, nothing to extend to do some damages to one's reputation, but some snippets behind the scenes should start some interesting topics to discuss.

Unfortunately, no one has taking up the idea (maybe they are not aware of it?) or would they rather stay out of limelight to avoid unnecessary attention (like what happened to Australian cricketer Philip Hughes)? 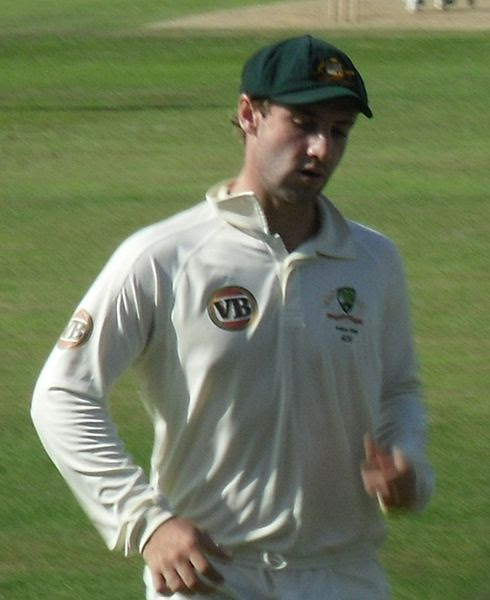 (Picture) Aussie cricketer Philip Hughes "tweet" his way to trouble - Picture credit wikipedia
This situation is on the contrary to those Western sportsmen (I have to use them as a yardstick at this juncture, sorry) whom a number of them embraced into microblogging based on what I gathered from this site,"Twitter-Athletes" - a website introduced by a friend of me after he read what I blogged earlier.

This site is a compilation of twitter sites of those pro athletes in the States who simply just "tweet" it away, some of the well-known athletes using twitter included Shaquille O'Neil, Lance Armstrong, etc. 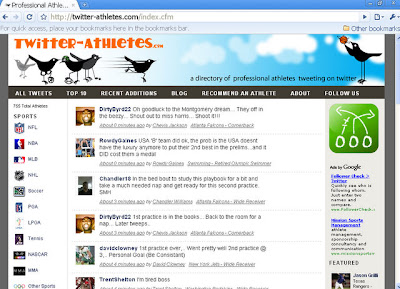 (PrtScr) The entrance page of "Twitter-Athletes"
Just in case you wonder if those mentioned individual's tweets are bogus, please be assure that before these "tweet" page were listed under the directory, the site operators will verify the identity before putting them on the list.

Or if "twitter" is not your preferred choice, there's also another similar micro-blogging site but in a rather different interface - "Plurk" (depicted below) 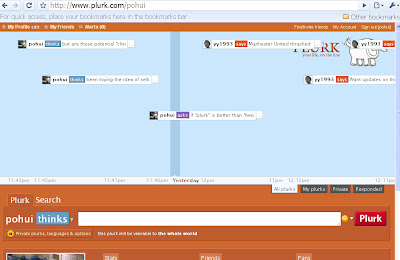 This is how "Plurk" looks like - each update is float on the board in chronically format.
I must admit that I'm rather new to "plurk", but the whole idea of it is similar to "twitter" except l'm not sure if this micro-blogging site also provides third-party access that allows users to update their "plurk" via mobile device like "tweets".

So what you waiting for? Just start "tweet" or "plurk" around and made your presence felt by being proactive and not being wait to be discovered by others (and heaven know when) OR retire as nobody.

(P.S: Interested players or officials, you may wish to drop me an email to kopohui@bolasepako.com, if you are keen to venture into "micro-blogging".)
logged down by Ko Po Hui at 08:53:00