Good Luck to you, Guys who are heading south...

Not since the early 1980s when we last seen some of our top footballers left for greener pasture.

Coincide with Singapore's second pulled out from the Malaysia Cup in 1982, stars like Fandi Ahmad, Terry Pathmanathan, David Lee packed their bags and ventured to either the Malaysian or Indonesian leagues then. 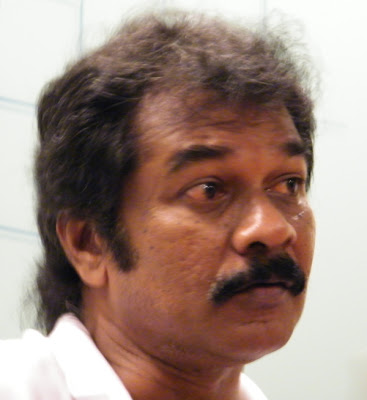 When Terry Pathmanathan joined Pahang in 1982, it caused quite a storm
Fast forward 20-odd years later, some of the island's top players are heading to the south to the Indonesian league.

Thanks to the new 3+2 ruling that allows Indonesian clubs to employ two players from any AFC member country, thus out of sudden Singaporean players become hot commodities.

The only piece from the "mainstreamers" I across over the move
The funny sight was that, while the media speculation was rife with the Jakarta press (was once shown a clipping from one Indonesian papers with pictorial graphics and details), the local media seems to be caught unaware of it (some form of embargo in place or if there's case?).

Anyway, let's not stray away from the main topic. 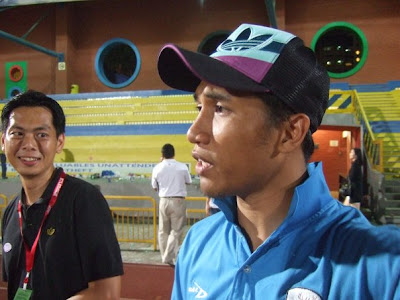 Since now it's already confirmed that Noh Alam Shah (above) is joining Arema Malang on a year deal, while fellow Lions Fahrudin Mustafic and Baihaikki Khaizan still mulling over the switch to south, let's wish them all the best and see things from a positive angle.

For any player to play in front of crowds of more than 10,000 fanatic, boisterous supporters constantly will definitely hype him up (if he's able to handle it).

A chance to play in a big country such Indonesia will also make these Singaporean players realized the truth meaning of being a professional footballer whose job requires him to travel a lot (Fandi Ahmad told me once that travelling to away matches can take up to almost two weeks and some venues are not easily accessible by plane with coaches, train rides being common features as well).

Can Singapore players handle this atmosphere on a weekly basis, while find it exciting at the same time.
Much tougher and more physical playing style of football will be expected from the Indonesian League, so let's hope it would toughen up and improve the mentality and skills of these boys.

One of the main concerns of these guys would be the late payment of wages, which a common thing in this part of the world, although, I was told as foreign players their wages will be paid promptly as compared to the local guys (hearsay).

Lastly, what does this have to say about our clubs?

"We never stand a player's way, if he got a better offer elsewhere..." might be their thoughts.

But having so many star players making move at one go, it's definitely not a good sign and underlined the helplessness to keep the key players here in a time the league is struggling to pull in the crowds.

Sure, younger and fringe players will be given a chance to prove their worth, but that dirty word of "complacency" is something we would have to look out for as well. 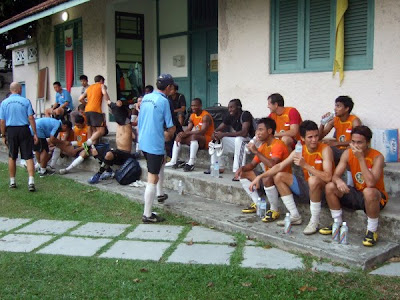 Scene like this would be a thing in the past?
And like a friend mentioned, coach Raddy would have problem getting his national players for early centralized training for any big game coming up.

(P.S: By the time this post is loaded up, Alam Shah had played his last game for Tampines, and so might be another player from Stags' opponents tonight...)
logged down by Ko Po Hui at 21:30:00