It's a bit far-fetched that I must admit, but just drawing an analogy between gaming and the issues facing football 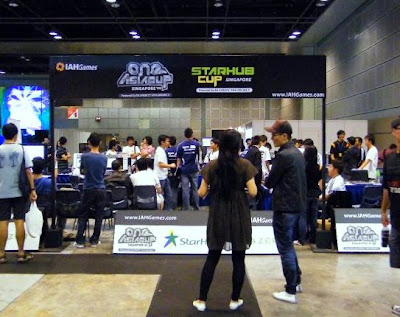 Competition area for the One Asia Cup Final for EA SPORTS FIFA Online 2 platform , inside the event hall of the GCA 2009.
Some of you may think how would a football blogger like me be covering a game event (Games Convention Asia) at Suntec City?

In the past, the idea of earning a livelihood from playing computer game would be deemed IMPOSSIBLE and being ridiculed upon. 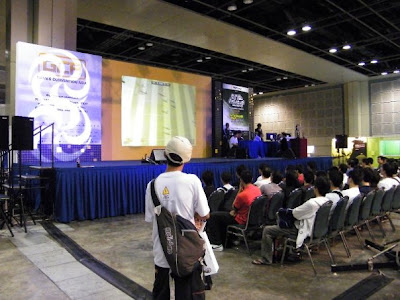 Participants from other South-Asian countries completing against one another for the US$100,000 worth of cash and prizes.

But as the gaming industry gaining bigger market share, it's inevitable that some game makers, in order to gain larger market share, start organize tournaments with cash prize monies to entice budding gamers to pit against each other (which some top gamers eventually making a living on those winnings plus endorsement deals). 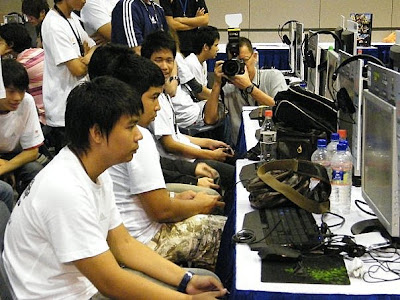 Staying focused is one of the key in playing online games
Perhaps from those passions and determination shown by those gamers can teach a thing or two to those existing footballers waiting at the bay to fill up that vacuum created by the mass exodus of national players to Indonesia. 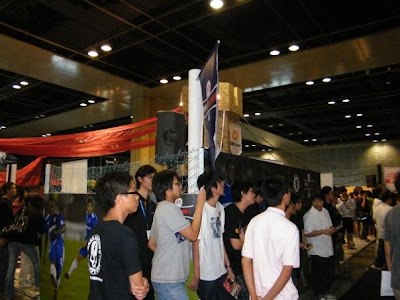 This is a conclusion drawn from many discussions I had in recent days with many of my peers and like-minded local football supporters after the recent "walk-out" of some national team players to the Indonesian League. 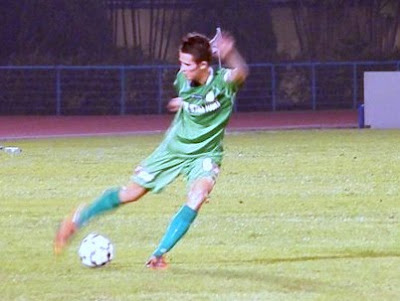 Baihakki Khaizan (top) is set to left for Persija in Indonesia.
Maybe, the league authority still stuck to its guns that by prided itself being "one of the Asia's top TEN leagues", however, the resentment of the lack of progress and remedy in certain issues highlighted by Noh Alam Shah, prior to his departure to Arema Malang, had somehow opened a can of worms that every single area of the league setup is being scrutinized avidly. 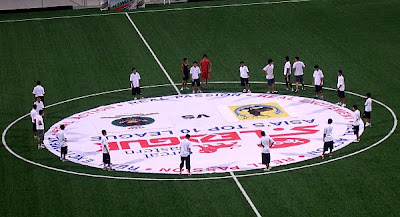 Is the tag of "Asia's TOP 10 League" too much a burden for all?
I think it's really time for all of us to STOP finger-pointing each other and seeking a resounding solution to each problem the league is facing now is the utmost task for all.

It would be more productive in this way, isn't it?
It's going to be a long and tough process to win back the lost fans, whom many of them still living in those Malaysia Cup days, to the stadiums, nevertheless, waiting for solution to drop from the sky is not an option.

So at end of the day, if those gamers did not stick their gun and hang to it, I think it would still stuck in their "dark-alley" days, isn't it?

It's high time we cracked the whip and start walloping the horse... CHARGE!

(P.S1: The blogger is just merely drawing an analogy between PC gaming and football, it's never his intention to encourage people to play PC game all day long to earn a living)

(P.S2: Many thanks to Mr Jonathan Leow for letting me to know such event and triggered a thought that lead to the conceiving of this entry)

Email ThisBlogThis!Share to TwitterShare to FacebookShare to Pinterest
Classifed as: Public education, S.League