It's not easy to take action photos, and I just realized that few hours ago.

Armed with my newly-purchased "Fuji S2000", I decided to try it out (not without having some "interactions" with one of the "jaga", again!) 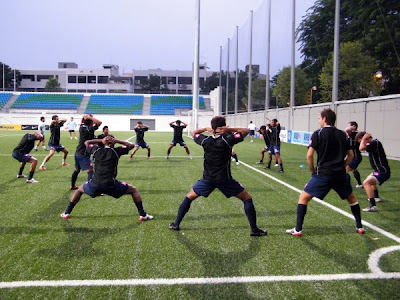 While I was snapping this shot of Geylang's players warming up from this position, I was advised by one of the "jaga", "Sir, you are not allow to take picture from here as you can only do so from behind the goal-line."

Frankly and to be honest, my mood dampen a bit when told of this "restriction" when just moment before that I did ask about the "Do's and Dont's" when roaming about the field area. 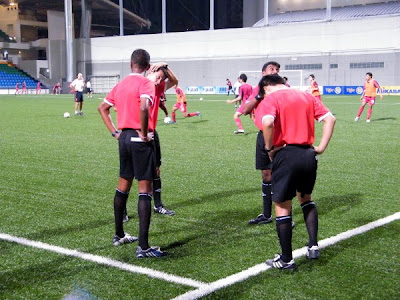 Luckily, the air was clear and I went on taking a few more shots (like the above pictured the match officials doing their own warming-up)... 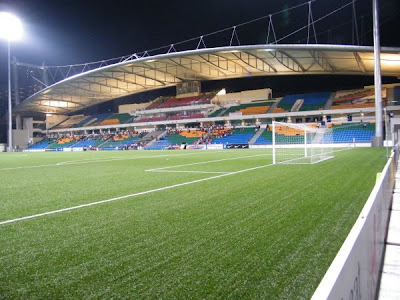 ... before I was suggested by Aundry Gan, the local renowned photo sports photojournalist, to position myself behind the goal (depicted above).

Noticed that I have been struggling to get my focus, Aundry get straight to the point and said, "Fuji is not ideal for sports photographing, it's more for studio shot".

"I think you better zoom to the max (when using this camera), if not it'll kill you" as he shared with me another valuable pointer. 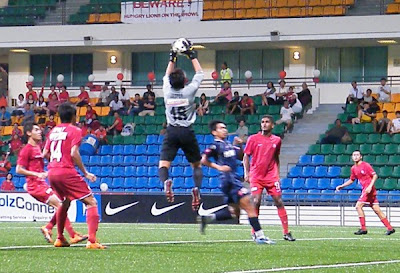 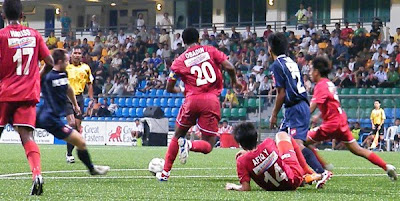 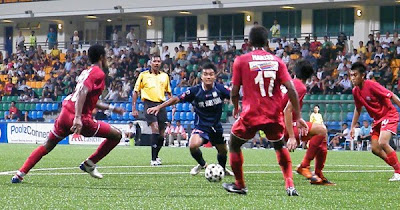 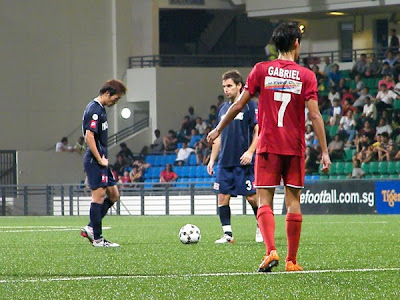 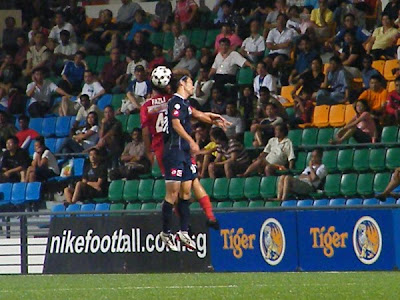 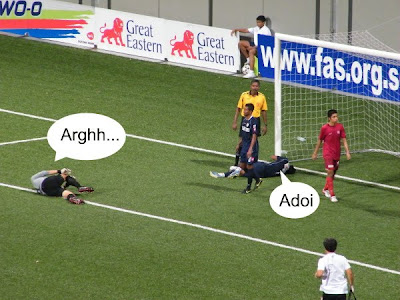 Indeed, I finally appreciate how difficult taking sports photograph is, it definitely need a lot of practice and honing of skill, which Aundry did mentioned, "It's not about the camera you have, it's about the person who is holding it."

Yes sir... and thanks for pointers that shared in that 45 minutes... and frankly, I'm not really satisfy with the outcome of the pictures... man, still a long way to go.
logged down by Ko Po Hui at 23:17:00