Bangkok Glass' style of play is similar to what we saw by their fellow Thai side - TTM Samut Sakorn on last Friday. 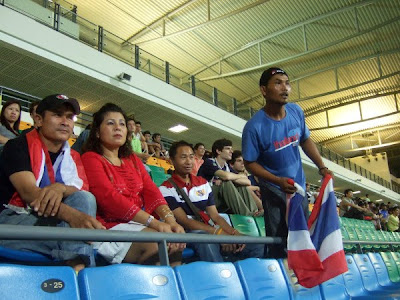 Glass Rabbit fans... Wondering we would get to see the famed Glass Rabbit cheerleaders (depicted below) anytime soon? 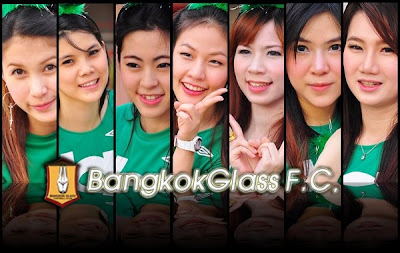 (Picture credit: Bangkok Glass FC Facebook group) - the Glass Rabbits cheerleaders
Patient is the key in orchestrating any attacking play, a logic never seems to adapt by many of the local clubs who would prefer that "kamikaze" style of football (kick and rush before allowing your opponents to hit you hard when at vulnerability). Just as we thought it was all over for Phnom Penh Crown when the Glass Rabbits scored their third before the end of first, a gusty fightback by the Khmer side saw them drew level in the 56th minute (as illustrated above).

But it wasn't good enough as the Cambodians were knocked out from the Cup. 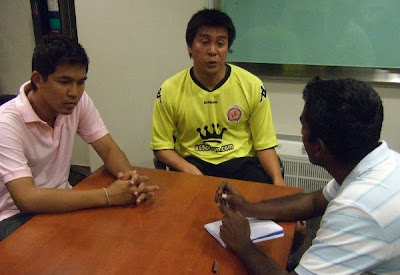 "We are not happy with the draw." said the Cambodian team manager Makara Be (pictured above left) with coach Apisit Im Amphai.

"Everybody in Cambodia were expecting us to make history in this competition and now we can't make to the semi-final because we lost (in the end)." he lamented. 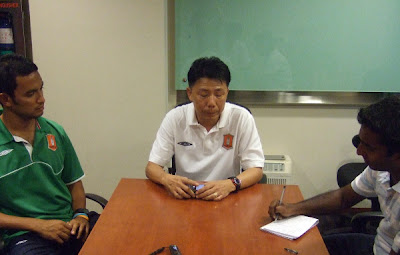 "While I'm happy with the performance of my team, I think we underestimated Phnom Penh Crown." said Bangkok Glass team manager Supasin Leelarit (pictured above center) who is covering the coaching duty of this match in place of head coach Surachai Jaturapattarapong.

"It'll be up to coach Surachai to decide the team selection in the month of October when we'll be playing three big tournament at the same team." as Supasin revealed the dilemma facing the team next month.
logged down by Ko Po Hui at 23:36:00