The KING signed on my notepad!!! 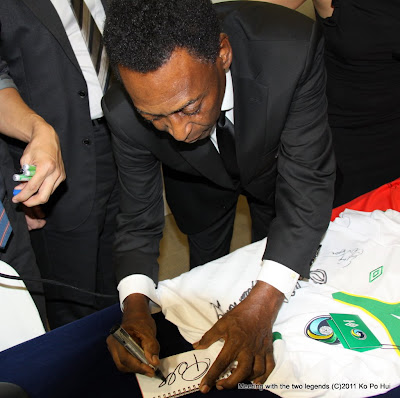 The KING signed on my notepad!!
It's not wonder that wherever he been to, he will always bring joy to everyone he meet and yours truly is one of them.

Never in my wildest dream that I thought I could meet the man who is regarded by the world as the best footballer seen on the earth.

But there I was at the Jalan Besar Stadium and Pelé was right in front of me! 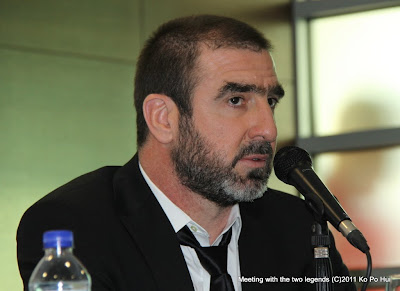 With another legendary footballer Eric Cantona (pictured above), both of them are in Singapore with American soccer legend Cobi Jones as part of the New Year Cosmos Asian tour contingent. 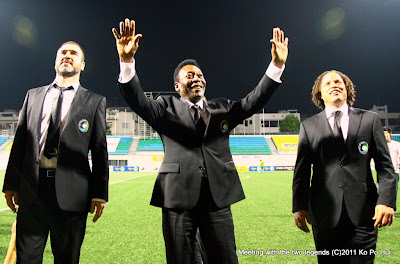 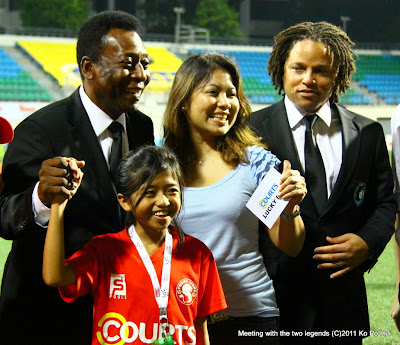 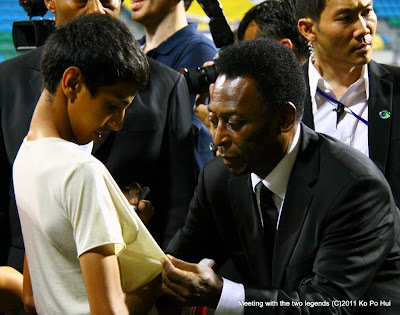 Following the press conference, the three former footballers sent the crowd of 2,728 into a state of frenzy when they made their appearance during half-time of the S.League match between the Courts Young Lions and Geylang United.

The hosting team's midfielder Shahfiq Ghani was named the "Man-of-The-Match" and received the award from ex Manchester United skipper Cantona at the end of the day which saw Courts Young Lions beat Geylang United 3-2 in a pulsating encounter.

FOR MORE PICTURES FROM THE EVENT, PLEASE CLICK HERE.

(Many Thanks to Fulford Public Relations, Vanda Sports Group and other organizers involved for making this entry possible.)
logged down by Ko Po Hui at 00:56:00