Not yet a STAR but learn to deal with it too

"I didn't make him a star, the media did!" refuted a coach recently when asked about the less-than-desirable performance by his "star" player after another defeat to his team.

How true that statement was as a matter of fact it's only when a player who performed consistently well enough and therefore being mentioned in the media. 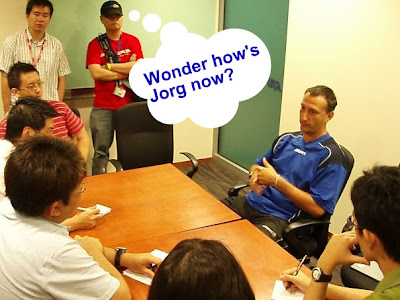 As this player continued to maintain his good form and help his team to gain victory after victory, it's inevitable that public would want to know more about him and his life outside football.

So this perhaps how the love-hate relationship between footballers and media developed.

Use it wisely not only it helps to lift up the profile and image of that particular player but having it works against you, the press pack will be the last persons one would want to see.

One classical example would be former national left-winger Lee Man Hon (P.S: Nothing personal here, just using his case as a case study).

When the then 19 year-old left footer made his presence in "Dream Team" of the Malaysia Cup days, his impact was immediately felt in that team that boasted the likes of established stars like Fandi Ahmad, Abbas Saad etc. 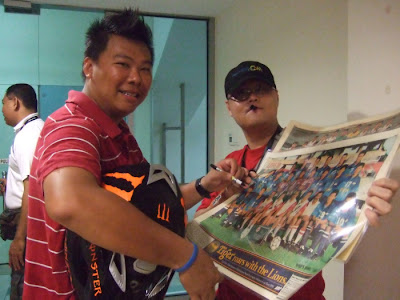 (Picture) Was Man Hon "killed" by the unnecessary media attention then?
Furthermore, being a natural left-footer playing on the left flank had solved one of the perennial headaches of the national coach then, coupled with the fact that being one of few ethnic Chinese players who always had that boyish grin of his face, it's not surprise to see Man Hon became a media darling then.

Sadly though, the former SAFFC, ex-Tanjong Pagar United winger found the fame and attention too much to handle, gradually saw him bowed out of the game due to injuries and that weight issues that been dogged him since his enlistment to national service (remember that infamous TNP frontpage that depicted a bloated Man Hon who was just enlisted?). 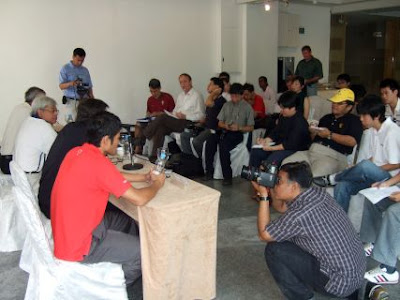 Which is why we see how delicate and difficult the balancing act is of the relationship between the two parties as mentioned earlier.

So what can we learn from this and ensure our younger generation from getting tangled in the web of mess?

Frankly, neither do I have a solution.

However having these budding footballers to engage in such media engagement is not totally an evil thing at all.

At least, they'll be trained on how to deal with the press at an early age as part of a character-building process, rather than being a "late-boomer" who might stammer when talking in public. 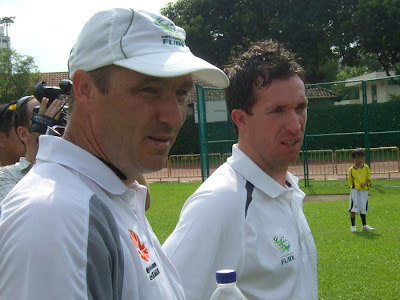 (Picture) Fury's coach Ian Ferguson claimed he was misquoted when asked about Robbie Fowler's status weeks ago
Although, some measures need to be taken care of to avoid spilling the beans and not to be misquoted on certain issues (remember NQLD Fury's coach Ian Ferguson had to come out and set the record straight after speculation went wild that marquee Robbie Fowler might not be playing against Tampines Rover during their visit here weeks ago?). 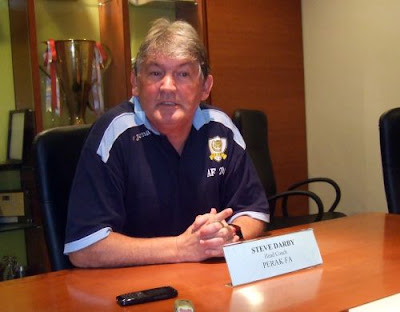 (Picture) Darby: We missing him, don't we?
At the end of the day, I feel that to revive the wanning interest of the league not just depend on improving the quality of play but also how crucial we have some colourful characters to spice up the interest like R Vengadasalam and Steve Darby (above) in the yesteryear to Brunei DPMM's coach Vjeran Simunic in the current season.

Although, at this stage a lot of the guys tend to be discreet in what they say in the public, if not like what Darby used to say,"I'm not sure am I gonna be FINE if I said this."
logged down by Ko Po Hui at 10:05:00