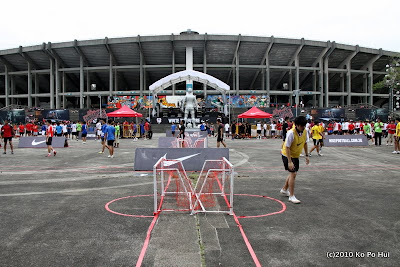 How appropriate to have the Grand Final of this event held at the Grand Ol' Lady (National Stadium - pictured above) before its scheduled demolish in days to come.

A total of 200 teams from both Senior and Junior categories emerged after two weeks of intensive competitions around the island to pit for the ultimate prize. 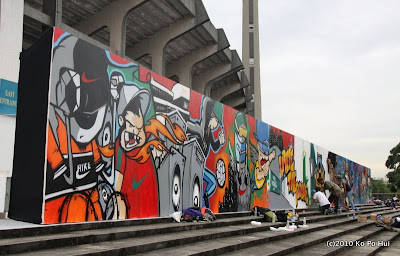 The completed set of the graffiti mural first started at *SCAPE 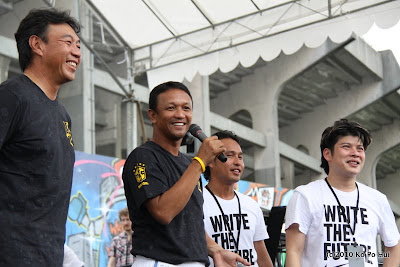 "It was only plastic ball on the basketball courts in my days" said former Lions skipper Fandi Ahmad (holding the microphone)
A recap of the catch for the senior category is the all-expenses paid training trip to Brazil to experience the once-in-a-lifetime opportunity to train at Granja Comary, where the Brazilian national teams train.

While the winning team of the Junior category get a chance to train with the Singapore National Team. 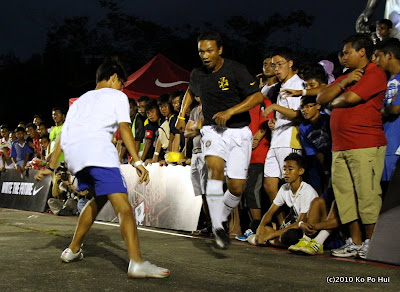 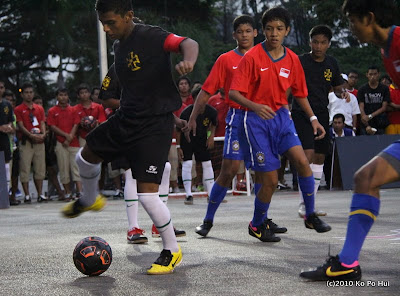 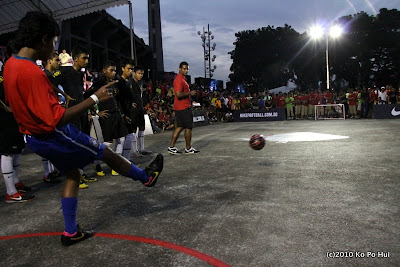 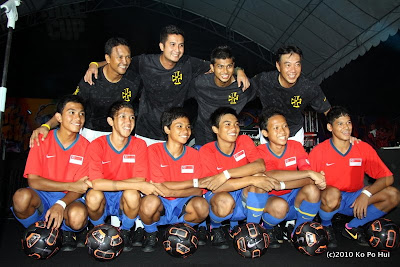 ... and walked away with $8000 worth of Nike products and a training session with the Lions

After four hours energy sapping afternoon, "NHS Dudes" and "El Nino Delfiro" emerged as the winners of the "Junior" and "Senior" category respectively.

"We started playing at Teck Whye area over the weekend and gradually got to know one and other since our secondary school days." said 19-year old Md Afiq Yahya, one of "El Nino Delfiro" players, as he shared with the media the origin of the team.


SOME PICTURES FROM THE "SENIOR" FINAL 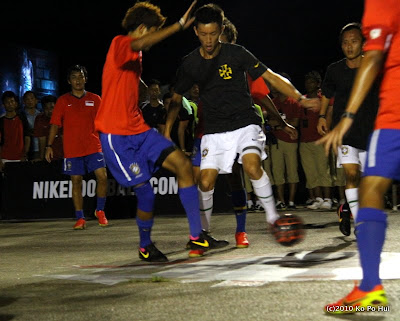 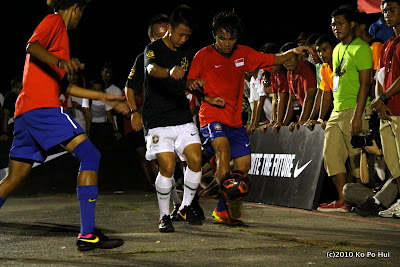 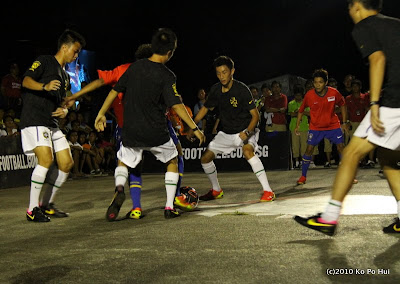 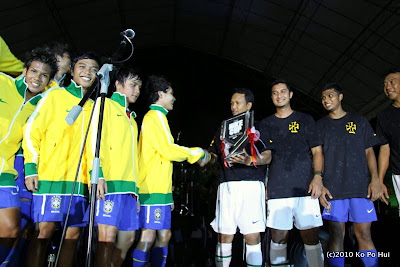 The winning team (in A Seleçãos' tracksuits) received the trophy from Fandi
"Despite now studying in different schools, we still make it a point to play once every three weeks at either Teck Whye or at FICO (at Jurong West) ." added Afiq.

On his upcoming trip to Brazil, the ITE East College student hopes to fulfil some of his wishes,"I really hope to met and learn from players like Robinho and Kaka, and possible give them a hug!"

FOR MORE PICTURES OF THIS EVENT, PLEASE CLICK HERE!!!

(P.S: Many thanks to Ms Cheryl Ng and Mr Gene Khor of IMSG - the PR Agency for Nike Singapore, for making this entry possible)
logged down by Ko Po Hui at 23:14:00