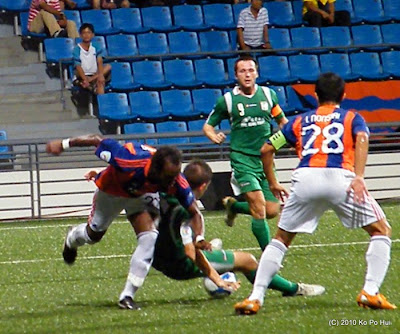 Another bad day in office for Peter Tomko as he was robbed of the ball in the Thai Port's box
Meet a friend who donned the 1996's Geylang jersey after the game at the Lavender station.

“I kinda give up as the way Geylang played was so unimaginative and depend on luck to win their games.” lamented this friend of my, as he offered his opinion of Eagles' performed before he boarded his train. 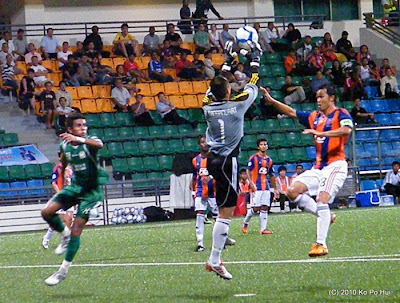 The "Singha Jao Ta" 'keeper Pattarakorn Thanganuruck had very little much to do. 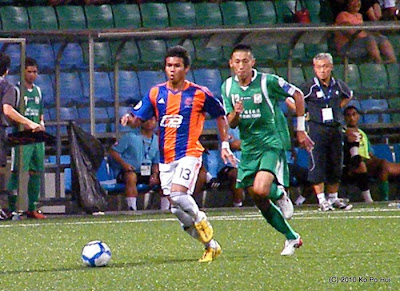 Battle of "13", as the Geylang's Jonathan Xu trailing his opposite number Issarapong Lilakorn
Indeed, he seems to be spot-on of the Eagles' performance lately.

In their last two matches, the Bedok-based club had to came from behind, at the later stages, to level the scores to avoid being ended up as the losing side. 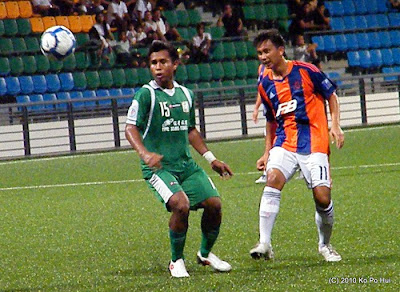 "Chip it up!!" as Shah Hirul can only watch as Jirawat Makarom lifted the ball into the box

Apparently, like my friend suggested luck was running out on a night when Kiatjarern Ruangparn scored the only goal of the night in the 58th minute to see the Thai side making a great leap to the qualification to the next round of this second-tier continental club competition in this region. 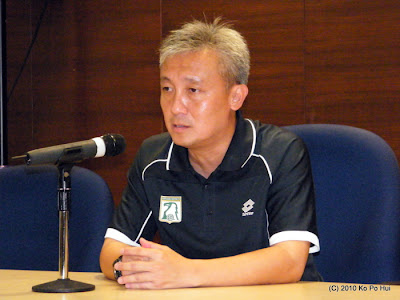 In his post-match press conference, the Eagles coach Mike Wong (pictured above) sums up his thoughts.

"I think we defended well and tried to get thing organized.

"After the goal was scored, we realized we need to go forward as we knew how Thai Port played."

"And the subs did the attacking plays for us, we wanted to attack their defensive third in the 15 minutes" he added. 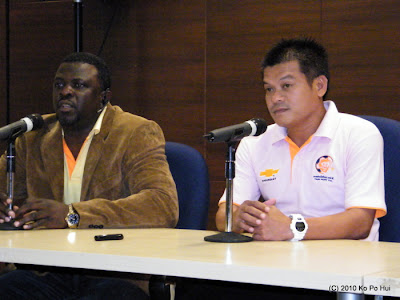 Flanked by his media officer-cum-translator, Mr Adi, the Thai Port coach Wattana Phochanakong (pictured above) opened his session by thanks the support from their fans, whom some of them flew in from Thailand for this match.

"We played not just for the win, but also for the attacking quality we always have in our game." said the Thai coach when queried on his offensive tactics deployed in this fixture. 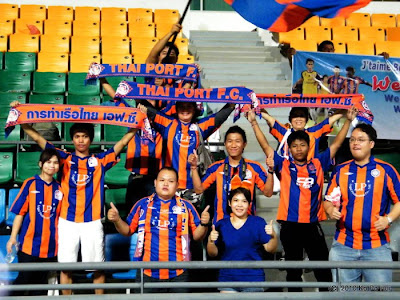 Coach Wattana thanks these Thai Port's fan support during the game
"I felt my team played according to the instruction by playing more on the wings."

"And the fact that we learned a lot from our last game against Geylang that we choose to emphasis more on concentration in our game tonight."