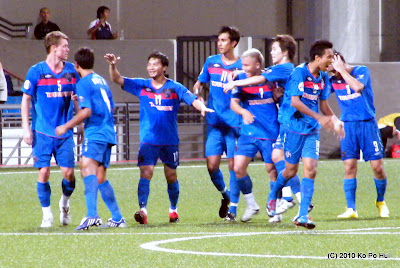 (Pictured above) SAFFC' are hoping for better showing after hitting bad patches lately.
(Media Information from Football Association of Singapore)

SINGAPORE, 9 April 2010: S.League Champions Singapore Armed Forces FC and Henan Jianye from China meet in the 2010 AFC Champions League Group G match which will be played on Tuesday, 13 April at the Jalan Besar stadium. Kick off is at 7.30pm.
Ticketing Information
Pre-sale
Category ( Grandstand/ Gallery)
Sale on match day:
For more information, please contact the Warriors Office at 68925811.
logged down by Ko Po Hui at 23:52:00