(P.S1: Just mainly pictures, with the main text being those "tweets" I posted by mobile earlier and also to try out some photo-taking using some new methods which I'm still working on it.)

be visit an old fren at JBS later which I hope can materialize,work been piling up & already snapped, can't keep my cool? or hit roof liao? 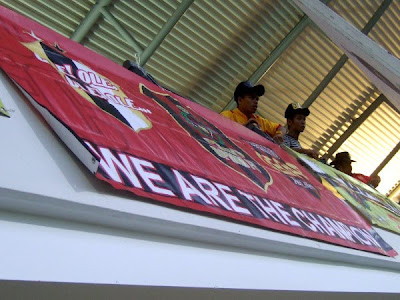 Been hanging since their League Cup win months ago... 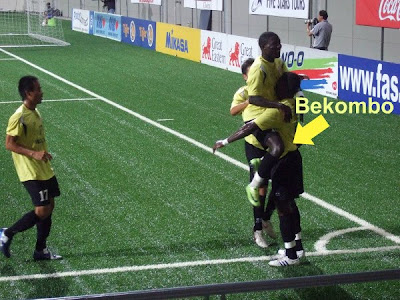 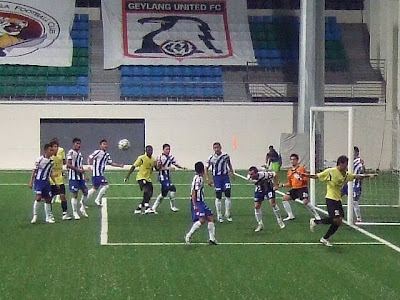 A close-up shot of DPMM defending a TTM corner. 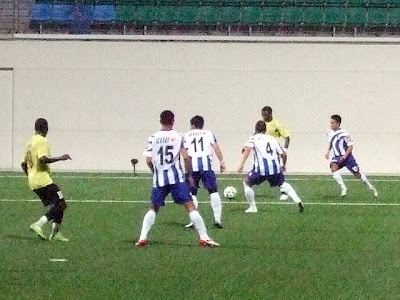 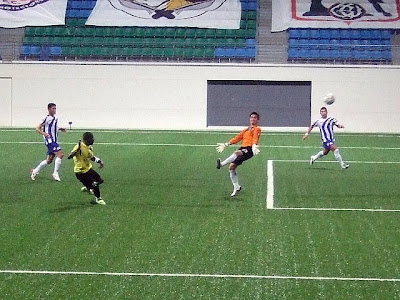 Bekombo missed his chance in this one-on-one. 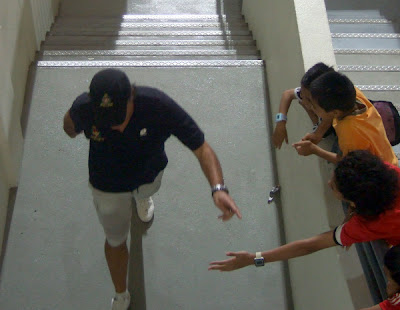 So here's the "old fren" I referring to as he made his way to the dressing room, not before having greeted his admirers.

TTM definitely d better side with their much composed play as compared to DPMM's robust style, 1-0 to d Thai side at HT 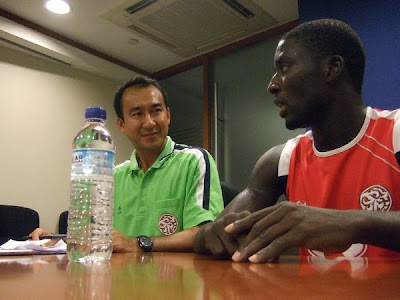 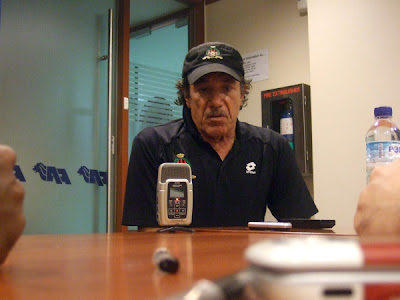 TTM ended their day deservingly with a 3-1, 2 goals advantage win over DPMM, composed play was d call of d day - out

(P.S2: You can't blame me for using poor grammar in my tweets at the 140 characters restriction means I have to squeeze as much details as possible and the action photos were actually "blown-up" shots.)
logged down by Ko Po Hui at 23:55:00