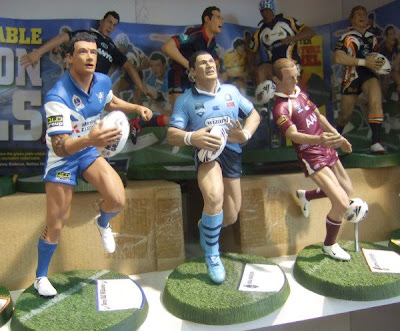 (Picture) Clay figurines of several top NRL players on display inside "Fan Central - Football Jersey"
During my recent Down Under trip, I got an opportunity to see how thriving the industry of club merchandise is.

"This is colourful!" I said to the store owner behind the counter, having overwhelmed by the colours and designs of those clubs' jerseys, balls, etc. displayed inside this shop specialized on such merchandise.

"It's not too good or not too bad." said the boss who is from Sydney when asked how well is this industry doing at this moment. 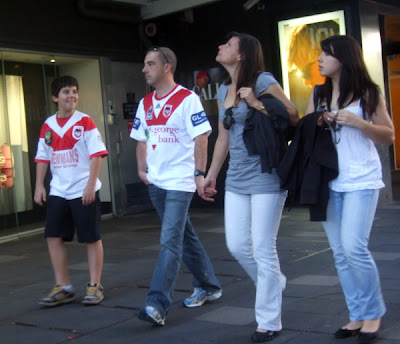 (Picture) A family of St. George Illawarra Dragons supporters travelled to Gold Coast to catch their team in action against the local side Titans in a NRL clash.
He went on revealed that it's the strong support towards their local sports teams that it's a common sight to see folks around Australia wearing the shirts, apparels of their local sports teams, particularly those of the AFL (Aussie Rules) and the NRL (Rugby League), the two more dominant footballing codes.
"But "soccer" is catching up with the ongoing success of the Socceroos." added this friendly big-sized proprietor. 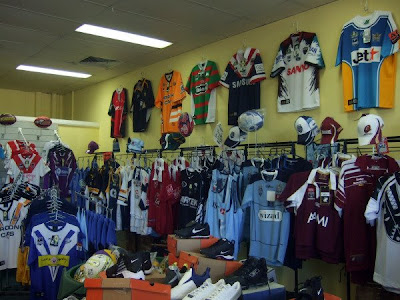 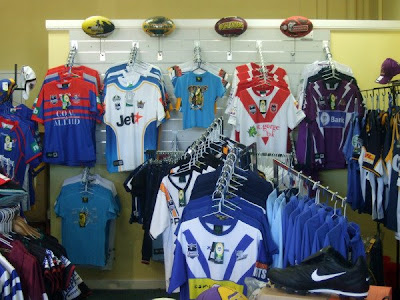 (Picture) The unforgettable and eye-catching colours of the jerseys, merchandise inside "Fan Central - Football Jersey"

Thanks to his permission, I snapped some pictures of the items he is selling at his shop ("Fan Central - Football Jersey" located in "Harbour Town" - Gold Coast), which is located inside the "Harbour Town" shopping complex in Gold Coast, Queensland.

Actually, some of our clubs do have some merchandise on sale, in case some of you aren't aware, but the level of support is not as enthusiastic as compared to those Aussies'. 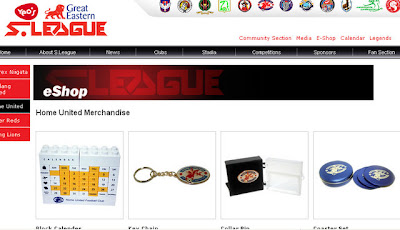 (PrtSc) Some of the HUFC's merchandise on display on sleague.com

I can't blame or chide those clubs for not doing much to generate awareness or making an effort to venture into as at this instance, it just not worth the effort and most important - the money. 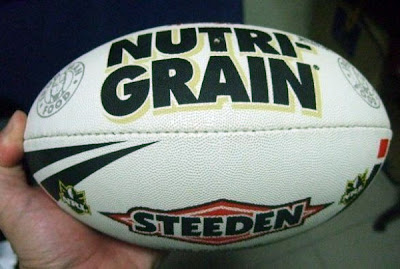 (Picture) Kellogg's "NUTRI GRAIN" had its name imprinted on the official NRL ball was a success during their sponsorship stint of this premier sporting event in Australia
So let's tweak a bit of our approach.

No point of asking the clubs to mass produce on these replica jerseys, T-shirts, cap and so on and so for, then push them to the masses to collect dust because who is going to buy it? 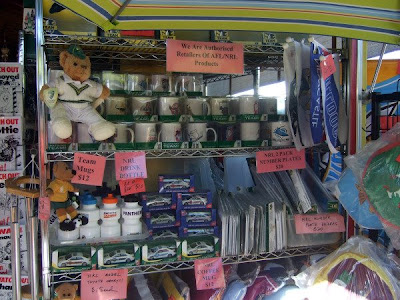 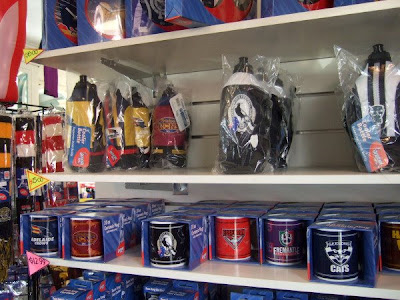 (Picture) Part of the official AFL and NRL merchandise - Mugs and Water bottles
So what I would like to suggest the idea of forming of strategic partnership (I stressed it's not sponsorship) between the clubs, the league authority and various goods manufacturers which I defined as sport apparel providers, lifestyle clothing firms and other stuff which daily consumers like you and I need to use every day. 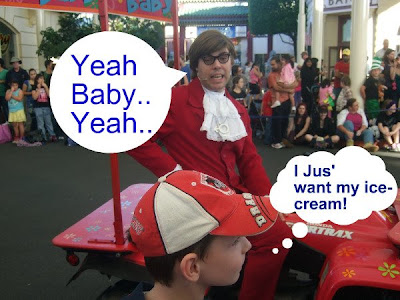 (Picture) This boy wore the "Dragons" cap out of necessity, definitely right?
In short, the idea goes like this: all we need to do is to "paste" the emblem/logo of the clubs, league authority (S.League) on whatever branded daily necessities we can think of (i.e.: food, bags, electronic gadgets, etc.) and through the established sale network and sell to the masses.

Picture these scenarios in your mind:

As we concluded from the above-mentioned scenarios, it is all about how to blend those daily necessities in to form of club merchandise to generate a source of revenue to the club. 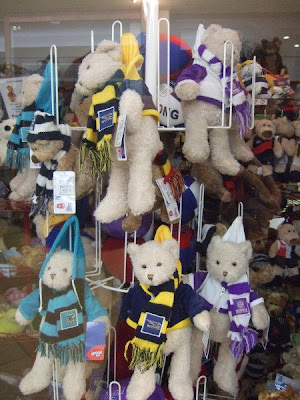 (Picture) I wouldn't mind buying one of these AFL-theme teddy as a gift. 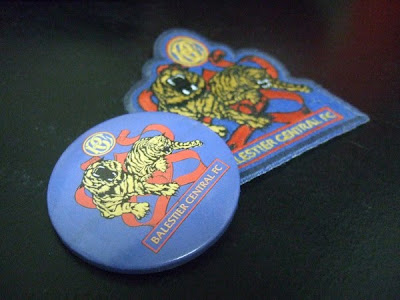 Badges like these aren't ready for this "tie-up" as they aren't deemed not necessity
Perhaps, at this stage it is not likely for the clubs to take the larger pie of the income from the sale as they are "merely conveniently" pasting their logo on any existing products and "tag along".

However, if we look it from another angle this should be a way to break into this untapped market. 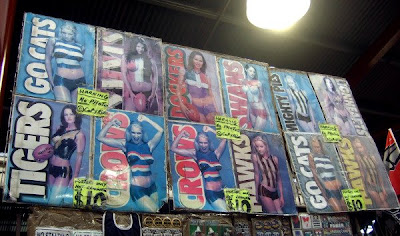 (Picture) some idea here - a calendar using models for each month? 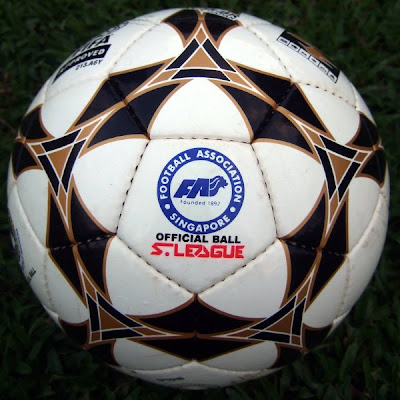 Saw the replica of this ball at Mustafa, wonder if the FAS and the league itself gain anything financially when someone buy this Mikasa ball that bears the logos of these two? 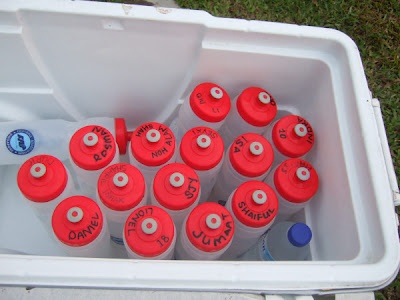 Exclusively for the national team's players, but isn't water bottle a necessity to all as well?
So don't feel weird one day you see people sipping a Woodlands-theme coffee out of a cup with a Rhino (symbolized SAFFC) motif and have a garlic toast from package of that bearing an Eagle (Geylang United's mascot).
logged down by Ko Po Hui at 01:08:00