The Crunch match...but it was after 30 minutes

THE SHORT TAKE OF THE GAME
Barely 30 minutes into the game, the defending champions SAFFC shown that being the more experienced side given them the much-needed composure in the attacking front.

Two goals in a space of seven minutes by Korean winger Park Tae Won done well to jolt the momentum of Tampines Rovers who struggled to break into the Warriors heartlands in the first half.

So what happened in the second half could well perceived as another segment added on to the ongoing Stags-Warriors feud that captivated the league followers this season. 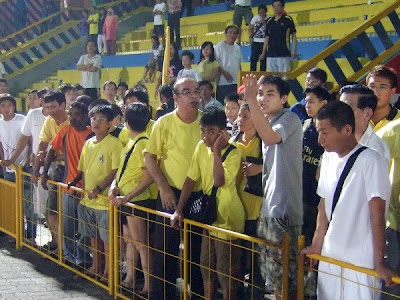 (Picture) Tampines fans felt their team were let down again by the poor handling of the game.
Due respect given to young referee Muhd Taqi who tried his best to stamp his authority, but it wasn't good enough as some of the decisions did not go down too well with the fans.

One of which was the controversial sending off of ace striker Noh Alam Shah (again!) in the second half.

Instead of protesting against the decision like he did the last time when these two sides last met in Choa Chu Kang, "Ah Long" ran straight out of the field without being dragged out of the field.

PICTURES AFTER THE MATCH 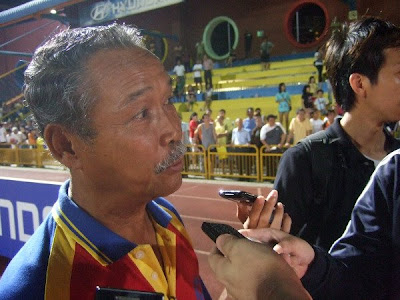 Former MP of Tampines GRC and Tampines Rovers' club adviser, Mr Yatiman Yusof (above) felt poor refereeing decisions had caused his team the game and he decided to speak to the media after he felt the outcome of the game was the "last straw" to him. 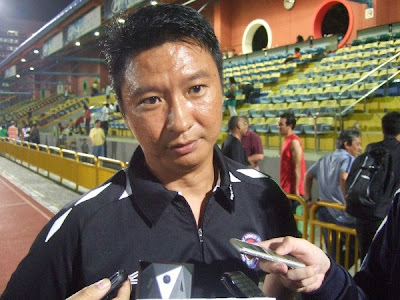 SAFFC coach Richard Bok (above) credited his team's victory for "good discipline and a professional job done by the players" and singled Stags' midfielder Sutee Suksomkit as the main threat in the game.

Despite on an eight point cushion, the Warriors' head coach refused to rule out the title hopes of those trailing behind them on the league table. 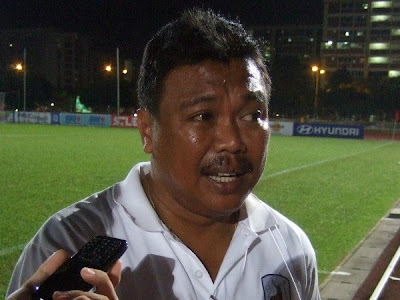 Tampines coach Vorawan Chitavanich maintained Noh Alam Shah's sending off was not justifiable and felt experienced referee should have been appointed to officiate a game such as this importance.

While he acknowledged that defensive errors in the first half that resulted the Park's goals, he felt that if he was able to field a full squad the match would be evenly-matched.
logged down by Ko Po Hui at 00:25:00