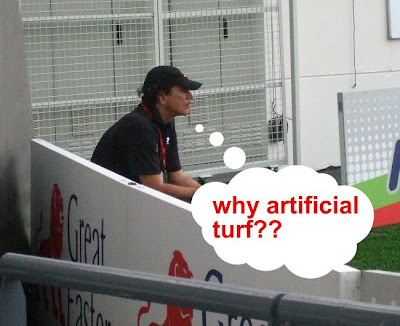 DPMM's coach Vjeran Simunic watching his team warming up before their game vs Gombak
Not only fans will get to see two of three unbeaten (so far) sides - Brunei DPMM and Gombak United in action for THIS WEEK's "Friday Night Football" fixture at Jalan Besar Stadium. Fans will also get up close and personal with DPMM's Croatian coach Vjeran Simunic, who is slowly gaining a cult following for his exquisite use of words in the media and also his distinctive, expressive way in urging his team from the sidelines.

Definitely an option worth consider to spend your Good Friday night at a football stadium, where mouth-watering football actions are set to unleash to the crowds.

So see you guys LATER(10th April) at the Jalan Besar Stadium for this fixture, kick-off at 7.30pm and admission is FREE (and don't be a lazybum at the comfort of your couch, come down to see the action LIVE!!). 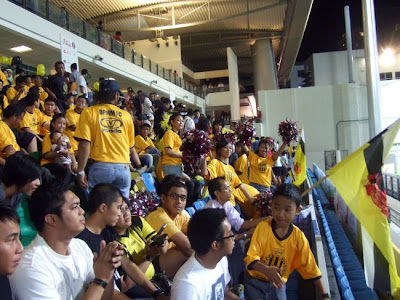 DPMM fans at the stands. 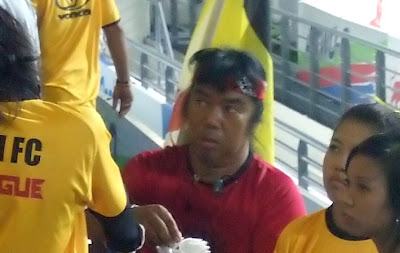 Someone "familiar' helping out in the stands. 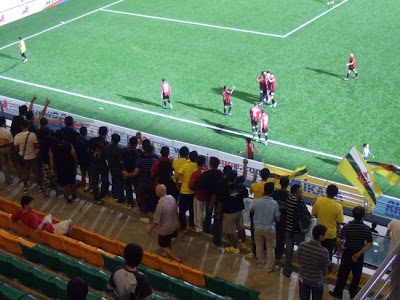 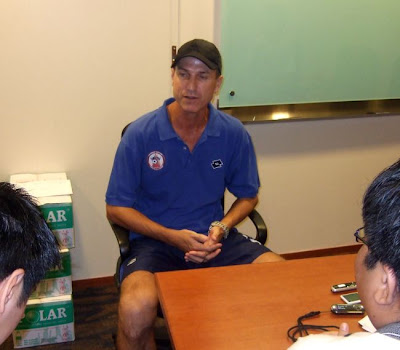 Gombak's coach Darren Stewart (above) greeted the media with a cordial smile before he commenced sharing his thoughts.
“We are disappointed to concede the goals through set-pieces” said the Australian coach.

“I would not blame anyone for conceding goals like that (through those set-pieces)” added coach Stewart.

“We got to be gracious in defeat as it's important to get over it, regroup ourselves, prepared ourselves for the next game and not dwell on it” said the former Johor and Balestier Central defender. 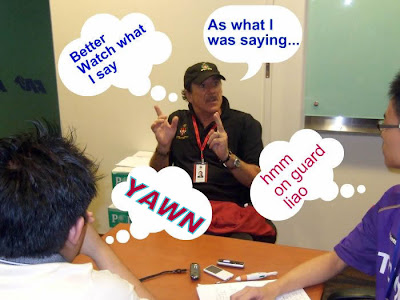 A much subdued Simunic (above, center) presented himself to the media after their victory over league leaders Gombak.

"We have smaller (built) players as compared to those tall players they (Gombak) have" said the moustached Croatian coach.

"It is the fighting spirit we have as we stayed behind (to defend) the goal.

"It's important for us to collect points at this stage to meet our top-five target, as the S.League is a tough league where every team is capable to beat each other."

"But my players still prefer playing on natural grass and in my opinion, the (artificial) surface (of Jalan Besar Stadium) is good for younger player under 25 year-old" said coach Simunic.
logged down by Ko Po Hui at 23:24:00