By Ko Po Hui March 19, 2009
Frankly, this was the first time I saw DPMM played this season.

So I don't have any slight idea how good they are, but having maintained the unbeaten record since the start of this season should they stocked up some foundational points in times to come.

Anyway, here they were at the Toa Payoh Stadium where they beat cellar-dwellers Balestier Khalsa 1-0, thanks to a solitary strike from ex-Super Reds striker Oh Ddog Yi in the 35th minute. 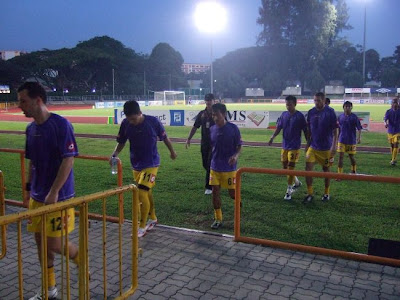 DPMM players walked back to the dressing room after their warming-up. 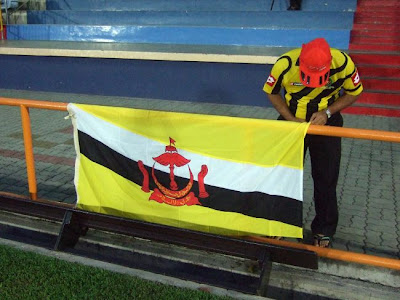 This Bruneian fan was getting ready for the game. 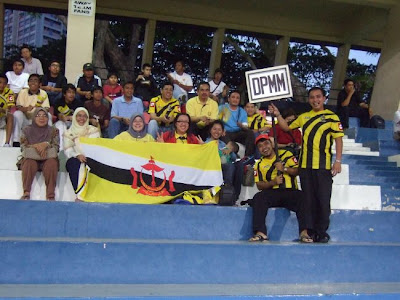 .. so were the rest of them, was told they are Bruneian expats staying in Singapore. 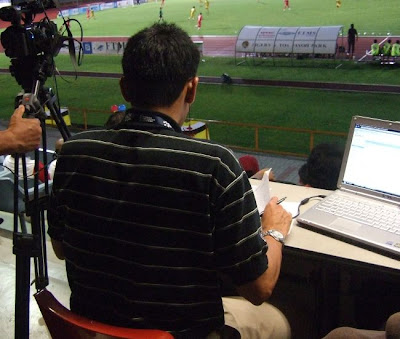 This reporter was feeding back update of the match via skype I think. 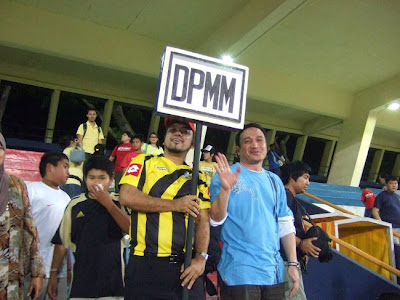 Jubilant supporters after their heroes maintained their unbeaten record.