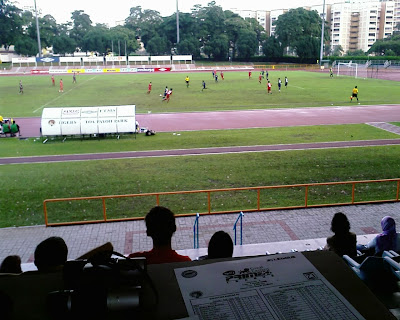 All Prime League matches would kick-off at 5pm every Saturday, simultaneously.
It's not uncommon to see clubs having their pre-season friendlies scheduled at a 5pm kick-off on Saturday or Sunday, so no reason why players can't play at this climate when it's approaching sunset.

Having scheduled at this close-to-evening slot, I really don't see why whosoever involved should felt short-changed or whatsoever.

By the time the game is over, it's just nice to go for a dinner since it's not even 7pm (not supper as for now)!

Fans wouldn't have to rush to catch the late public transport to home from some obscured located venue (like Home United's temporary ground at Clementi Stadium).

And not complaints should be heard from some guys in the media for the tight deadline they have to meet, if we have it at 5pm.

Last but not least, as much I hated to mention this but it does allow some fans to return home just in time to on their cable sports channels (you know what I driving at). 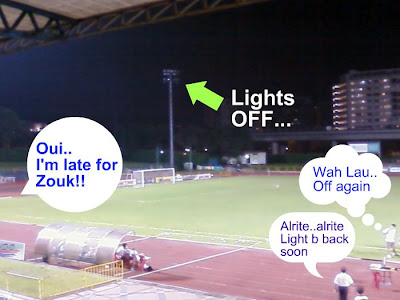 Last season match between Woodlands and Geylang was interrupted TWICE because of floodlight failure, at the closing stages.
Clubs would see their utility bills reduced (as what I understand they do have to pay for the use of floodlights at nights), thus lighten their financial burden more or less.

After all, I'm proposing have just one such game on a Saturday or Sunday without sounded too imposing, I hope.
logged down by Ko Po Hui at 06:40:00