... after I posted the entry of the draw of the RHB Singapore Cup.

It's not quiet actually for the past few days, rather I think everyone, just like me, is concern about the yet-to-be-released "list of 30 or 32" national provisional squad by coach Raddy (pictured below).

I'm not sure where the sources were gathered from, but here was where I got my (pictured below from "Team Singapore" FB page) which supposed to be made known by yesterday, while other claim the papers were talking about it.

However, I got in touch with FAS and they replied it wasn't the case, but did mention it could be "anytime soon".

Nonetheless, the excitement generated by this to-be-announced list just got everyone pumped up and have we not heard. read anyone voiced his/her two cents worth of opinions on this issue?

Below is a list of notable few which I managed to source around regarding the pending announcement.
It's make or break for the Singapore football now, as it's now at the lowest ebb since independence and the list to be announced will see how determined the local game governing body is serious to revamp the whole situation. 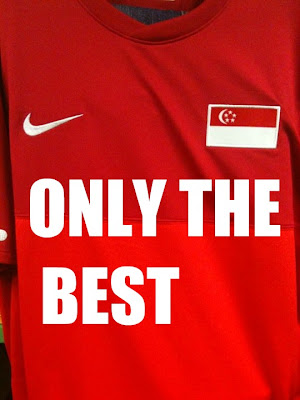 In this list, we are see if players are being "selected based on merit" and how these players are going to convince us - THEY ARE THE ONE FIT TO CLAD in RED.
logged down by Ko Po Hui at 16:38:00