"Thanks for your support, even though you're the ONLY ONE, it means a lot to us..."

This is an article contributed by 17-year old student Daniel Lau, who himself is a passionate local football supporter, who was once featured on the newspaper for his undying support to the local football.

A familiar figure at the airport whenever the any of the national teams depart or return from their overseas assignment.

Below, Daniel detailed with write-up and pictures, as he shares with us the moments before the YOG football depart for their training tour in London yesterday.

Was there at Changi Airport Terminal 3 today to send the YOG Football Team off to London. It was kind of a pleasant surprise as when I reached there looking at the boys for the first time in person, many of them recognized me due to my constant communication with them on Facebook. 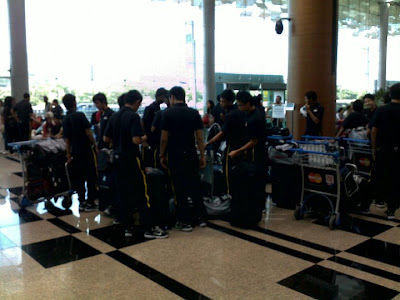 I attracted many curious stares from family members as they saw me donned in the red Lions' Jersey and being the only fan there.

Some of them even went up to me and shook my hand to thank me for the support I gave even to the Under-15 boys after hearing the feedback the players gave to the family members about me, quoting me as 'one of the best fans Singapore ever produced'. 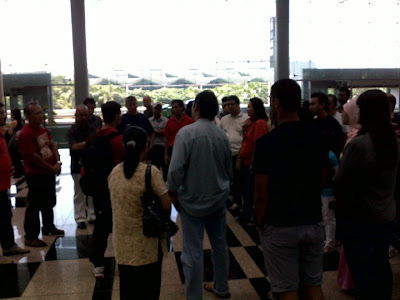 Parents being briefed by the team officials

After the players have done their check-ins, we gathered for some individual photos. I took photos with many of the future big names, namely Team Captain Jeffrey Adam Lightfoot, Star Striker Hanafi Akbar and Gigantic goalkeeper Fashah Iskandar. 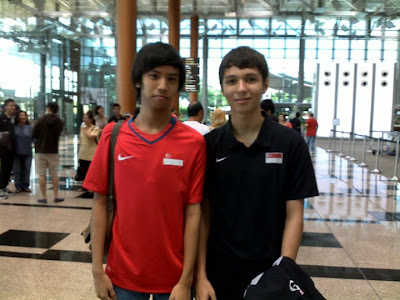 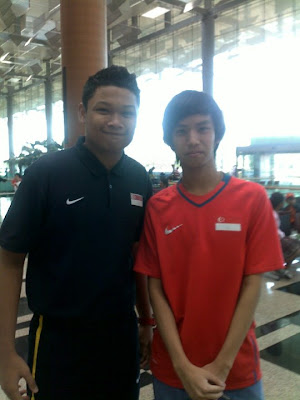 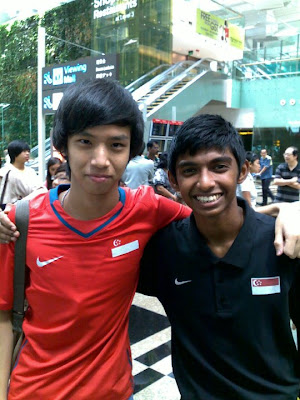 We then headed towards the Departure Gate where the players posed for a group photo. I was then called in by one of the players to 'join the group' and everyone started snapping away. I suddenly felt like I was part of the team.

Before entering the gates, I requested for a little bit more individual photos to be taken with the players, while at the same time, some of them requested to have theirs taken with me. It was all smiles as they prepared to enter immigration. 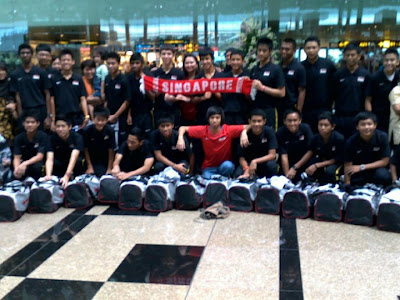 A team photo with Daniel, himself

As they lined up to get their boarding passes checked, I stood in front of the ICA Officer and got ready to shake the hands of the 24 players and other officials present, wishing them all the best in their journey to London.

One of the Team Managers said the following sentence to me which really touched me and made me feel appreciated for what I'm doing for the boys who totally deserve the support: "Thanks for your support, even though you're the ONLY ONE, it means a lot to us. Thanks again." They then eventually entered immigration...

Opinions on the Boys
They really are BIG for 15 year-olds. Some of them are even bigger than the senior players, look at certain photos uploaded and you'd get what I mean. 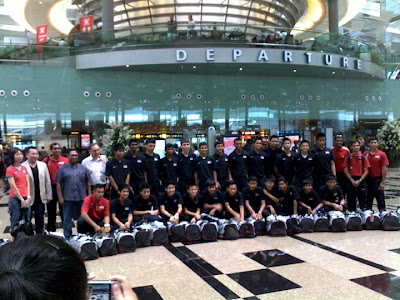 The final group photo before the contingent check-in

Also, the entire team is very very humble and easier to approach (compared to certain senior players). They can go further if they continue with the way they are in their footballing career, which is to keep a low profile and yet be sociable towards fans. Even the way they requested to have pictures taken with me made me feel like I was the player instead. Haha!

Many thanks to Daniel for his time, effort and most importantly, his undying support to the local football.

The copyright of the pictures used in this blog entry belong to Daniel Lau, the guest columnist of this article