SHORT SCRIBE OF THE GAME
The first thing you noticed at the ground was the heavy security at the stadium. 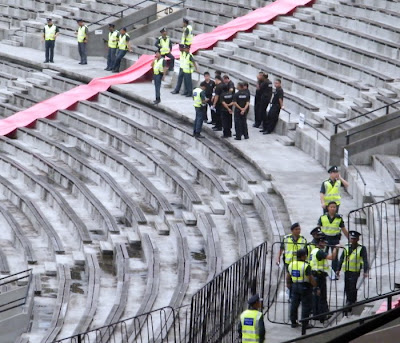 Given the stakes were high and big crowds were expected that the organizers had decided to segregate both groups of fans from one and other.

And like most games played in Kallang in the recent years, it would always be the away fans who drummed up the atmosphere (Why are we the passive lot??). 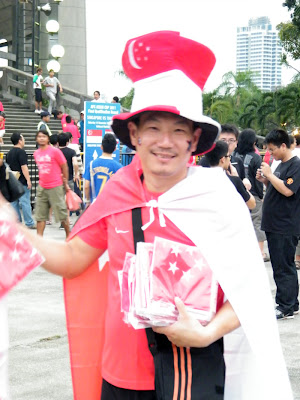 Saw this fan dressed up for occasion..hope he had a good business selling those flags.
Things got off the worst possible start for the Lions after Noh Alam Shah was judged to handle the ball and Sutee Suksomkit made no error from spot against his old mate Hassan Sunny who dived the wrong way in the 12th minute (interesting fact: all three were playing for Tampines together months ago). 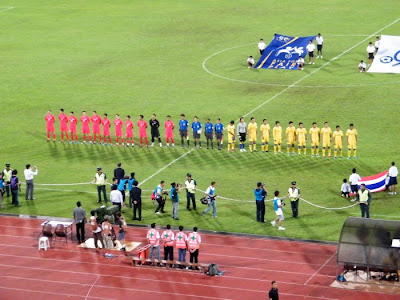 Before the KICK-OFF...
It was not going according to the Lions' planning as they struggled to make their presence felt as the Thais seems perfectly alright on a surface we thought would be their Achilles' heel.

While many folks out there suggested the midfield was the area where we lost the game and I tend to agree with that (see how Datsakorn pulling the strings there?). 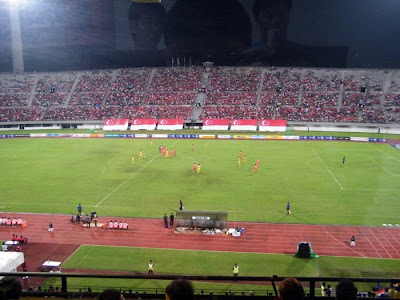 22,183 turned out for the game
Could it be the case that we left it too late in the game that while we did made a few attempts to come back in the second half, it was not good enough as two defensive lapse in space of six minutes gave the maximum points to the yellow outfits.

The irony part was the scorers of those goals were guys the Lions are so familiar with as an unmarked Therdsak Chaiman made his return to international football with a sweet volley (75th minute) off a Nutnum Suchao's cross from left, while Sutee made no mistake on his one-on-one against a stranded Hassan in the 81st minute.

SNIPPETS AND PICTURES FROM THE POST-MATCH PRESS CONFERENCE 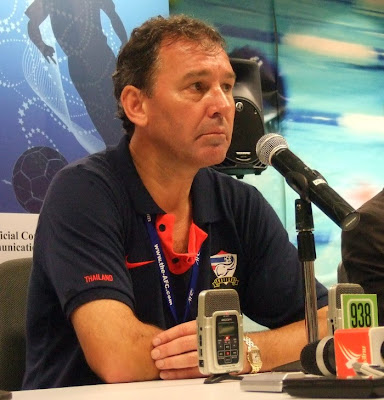 "What we worked on the training and they did that very well that gave them the platform to create chances which we did in first half." said Thailand's coach Bryan Robson (pictured above) in the post-match press conference.

"Apart from the penalty (in the 12th minute), we created two or three very good chances where we might have scored and so that was very pleasing." added the former Middlesborough manager. 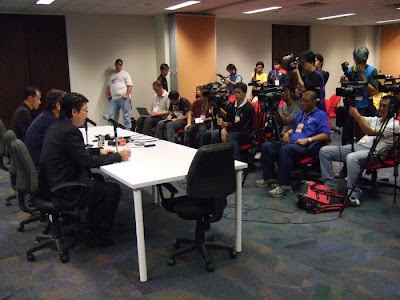 Sizable media presence in the "Gold" room.
"Second Half, I thought we got a bit stretched as compared to the first half, which was a very good performance and we were little bit fortunately on couple of occasions when the balls bounced kindly for us, otherwise Singapore might have get back to (the) game.

"And on the counter-attack, we thought we deserved the second goal and it was a great move and good finish by Therdsak (Chaiman) to put us two-nil in front."

"What disappointed me is after we scored the third goal, we lost concentration and I felt that's the one weakness we have after playing well and lost it." said Coach Robson. 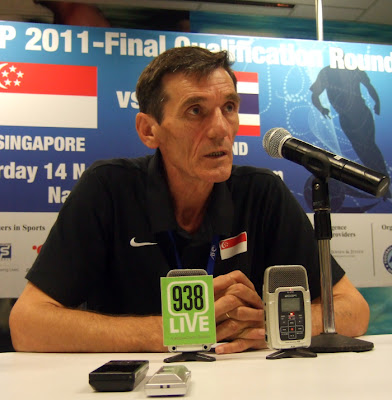 "That was not the team I practicing with, not the team that played (well) in the last few games for Singapre and what we practiced in the training were not recognizable there." said a visibly disappointed Coach Raddy (above) as he gave his assessment of the night.

"And in the first place, the intention was to hit the ball and run, we created at least 300% chance in the second half that we should scored and the critical thing in this match is we did not score in the chances (we created)." lamented the Serbian coach as he continued.

"I felt the referee was too harsh to give away the (12th minute) penalty, because there were three similar situations for us where the Thai players handled the ball in the penalty box and the referee failed to give those penalties." said coach Raddy.

Coach Raddy also felt the team had been losing posession in midfield, while found it difficult to break the Thai down and thought maybe some "individual effort would paid off" that caused them those missed chances. 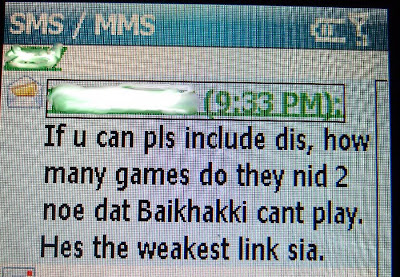 Got this text message straight after the game from a friend of me, who requested me to make his feeling known on this blog. I was a bit hesitant about putting this, but each individual is entitled to his/her opinion and I don't have any comment on this above message... 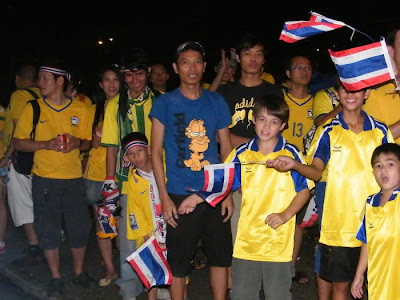 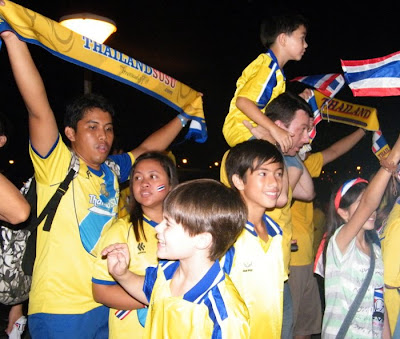 The Thai supporters made their presence felt with their more lively and spontaneous cheering.
logged down by Ko Po Hui at 00:40:00