Thanks but no thanks (edited)

What can I say about this when I first saw this in the morning? 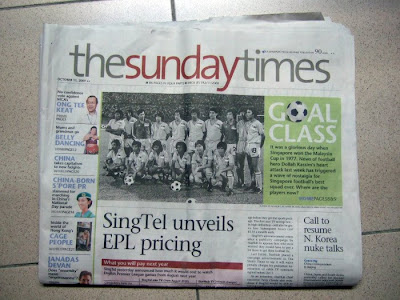 To my surprise, even one of my maternal aunts can recalled some of the names of these legends when she revealed that during her courtship days with my uncle - going to catch the team in action was a common thing in their "pak-tor" days!
An appreciation that came rather late or what?

Why do we need someone who is critically ill, so suddenly, to make all of us remember the joy and happiness they had brought to us more than 30 years ago?? 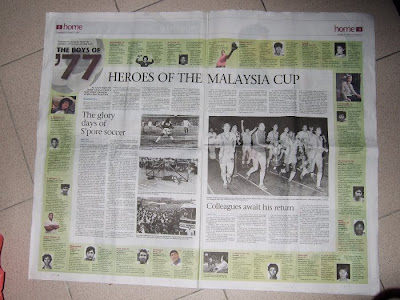 The details of those players who achieved "god-like" status in those days were detailed in this special report by The Sunday Times (above), when there's a sudden surge of interest on them following that unfortunate incident last week at Jalan Besar Stadium.

Joining the rest of those who are concern of his well-being, let's once again wish Mr Dollah a speedy recovery.

According to a source close to Mr Dollah Kassim, it reported that the legend nicknamed the "Gelek King" is making "slow but steady recovery" in his condition.

Let's hope it's not too long before we see the man himself get back to his normal self.

Will keep an update on Mr Dollah's condition, should I get hold of any instant information.