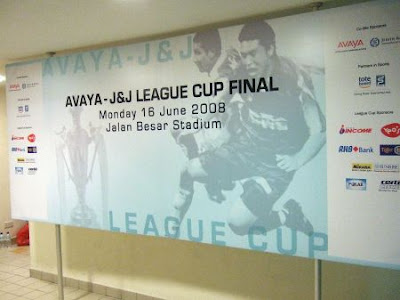 The mock background at the lift lobby of JBS

In the end, Gombak United claimed their first major trophy since joining the S.League with two goals from their "Golden Boy" - Gabriel Obatola in the Avaya -J & J League Cup Final.

While Jeon Byung Euk's stunning equalizer levelled the scores in the second half, the match was concluded in a fiery manner which saw three players being sent off.

Personally, I wasn't impressed with Bulls' 'keeper's "playing with the fire" antics that triggered the mess towards the end.
SOME PICTURES FROM THE LEAGUE CUP FINAL 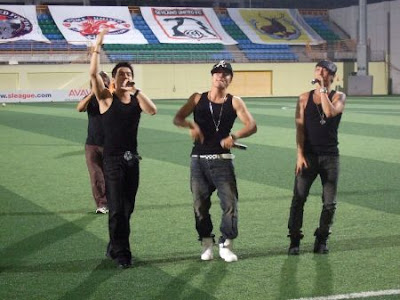 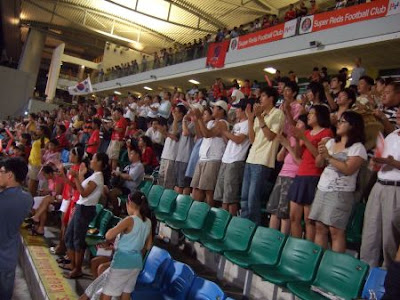 The Super Reds spared no effort to hype up the support by roped in K-Pop artistes from Korea and the fans luv it, of course


A video clip of their performance. 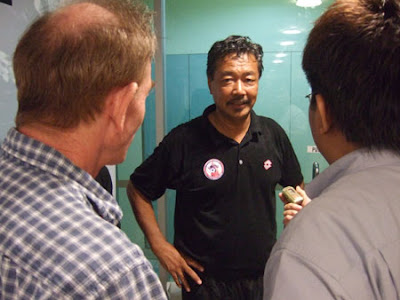